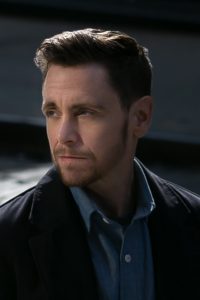 1. What does your creative process look like? How do you maintain momentum and remain inspired?
Relentless self-flagellation. I can’t recommend it.

2. What is one book or piece of writing you love that readers might not know about?
I can’t say enough about Kay Gabriel’s poetry. Somehow it uncovers an otherwise indiscernible seam connecting a genre that I can only describe as “blind-item name drops in the old Village Voice” and a committed, deeply felt revolutionary sensibility. I completely love it.

“I think writing takes its inspiration from life, rather than the other way around.”

3. Whose words do you turn to for inspiration?
I think writing takes its inspiration from life, rather than the other way around. So I largely turn to writing for absorption/pleasure, or to learn something. This sounds dogmatic, and for better or worse I guess it is.

4. What is the last book you read, and what are you reading next?
I just reread a book I’d seen in proofs—Sophie Lewis’s Full Surrogacy Now—which makes a brilliant case for the communization of reproduction and of childcare. It’s a book that arrives at its utopian horizon through an exacting and bloody critique of our present dystopian reality. I’m now reading (and almost finished with) Larissa Lai’s The Tiger Flu, which captivated me from the first sentence. In particular I love the way Lai has created a science fictional world where technology is so omnipresent that it becomes its own weather-system. It’s gorgeous and also terrifying. 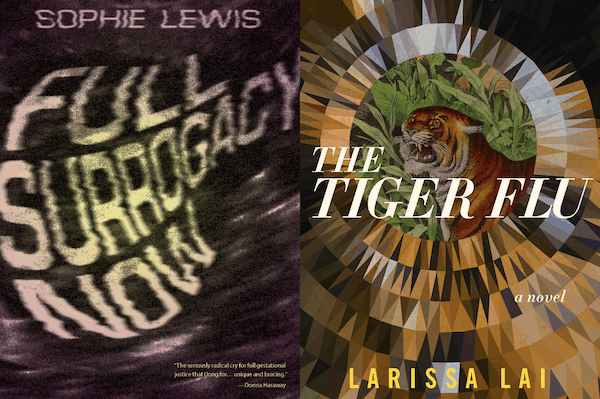 5. What do you consider to be the biggest threat to free expression today?
Needless to say, I think the imperial carceral state’s policing and maintaining of borders, jailing of migrants, and restrictions on movement is the single greatest threat to free expression today. The caging, containment, and punishment of populations fundamentally challenges people’s ability to live, and, consequently, the possibilities for free expression. Then there’s the ever-expanding net of legislative initiatives we see in the United States criminalizing even speaking about—let alone against—these forms of oppression. So, it’s quite extensive.

6. What is the most daring thing you’ve ever put into words? Have you ever written something you wish you could take back?
I think most writers probably suffer from and are simultaneously fueled by the sense/inflated perception that every word they put on the page is daring. And perhaps for this reason one often wishes one could take all of it back.

7. Where did you first encounter Jack Sheppard’s story? What drew you to it, and convinced you to build the framework of Confessions of the Fox around it?
I had been trained as a scholar of early 18th-century Britain, so I was familiar with Jack Sheppard’s story. He was a beloved folk hero and petty thief who was legendarily adept at both evading London’s odious thief-catchers, as well as breaking out of London’s most notorious jails. Sheppard’s story became the basis for John Gay’s famous 18th-century opera, The Beggar’s Opera, and then later Bertolt Brecht’s Threepenny Opera. I was fascinated with Sheppard’s life in itself, but I want to address the part of your question that has to do with how one decides to “build a framework” of a novel, which both had to do with Sheppard in specific, but also with what his life reveals about a broader history.

In 2010, I was doing some research toward a scholarly book, and I had been reading Peter Linebaugh’s wonderful history of the British 18th-century legal system, The London Hanged. In the course of that, I got very caught up in one chapter in which Linebaugh discusses death penalty law and the case of Sheppard, who was hanged in 1724 at the age of 21. Most histories of the period that chronicle the public spectacle of hangings will repeat the truism that public hangings were a carnival of cruelty, and claim that ordinary people gathered at hangings for spectatorial sadistic pleasure. And they’ll repeat this truism in a very low-key way, as a kind of side note or historical backdrop. So when they’re talking about the death of an alleged thief, they’ll note something like, oh yeah, and as we all know, the crowd was thronging around thirsting for blood, etc. You can see this in period dramas, too, in the way early-modern crowds are almost always represented as mobs of barbaric death-fetishists.

Something Linebaugh does in his chapter on Sheppard is not only provide a really excellent, sympathetic account of Sheppard himself, but also interrogate these tired, historically-lazy assumptions about crowds, and ask: Why should we assume that ordinary people would enjoy seeing another ordinary person be put to death? And that inversion of the figure of the crowd—an inversion of the way the social landscape has been presumed to look by conventional histories of the period—opened up a lot of questions for me around what ordinary people actually believed about the death penalty at the time, and also about the specifics of how they might have fantasized about resisting or even tried to intervene in the punctual event of a hanging. 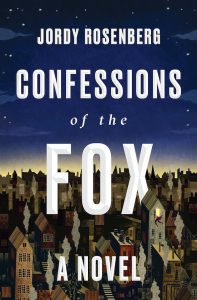 And thinking about all that revealed an entire opening scene of the book for me, and plot arc also, because I started imagining different characters who might have been in the crowd at Sheppard’s hanging—what were their hopes, and what did they feel seeing this folk hero being murdered by the state for having made a mockery of their prisons? I started thinking, what if Sheppard had been counting on someone to rush the stage and cut him down? How would that scene play out? And then I also wondered: Sheppard was so beloved by the people, maybe he even had had several allies who were hoping to save him from execution, but doing so at cross-purposes, unbeknownst to him or each other? This started to feel like a really compelling opening set up for a novel, so I went back to the archives to learn more about him. What I found there was that a great deal of the primary source material on Sheppard would often describe him in ways we might now understand as very sexily gender non-conforming, but the major works on Sheppard’s life—from Gay and Brecht—don’t really take any of this up. I became very interested in exploring all these dynamics—the intersection of the history of resistance to prisons and policing with the history of thinking about gender and sexual identity. And I became convinced that it was necessary to write about this in the form of a novel, rather than as a standard scholarly inquiry, which is another journey I won’t get into here. But it was Linebaugh’s inversion that was the starting point for all of this, and it was generative for me in a way that just Wikipedia’ing Jack Sheppard could never have done.

And thus concludes my plug for the necessity of radical historians.

8. Which writers working today are you most excited by?
I can’t answer this quickly in any way that would represent the breadth of the things I’m currently reading and excited about. But one area I’ve recently, finally begun to get more intentional about is graphic novels, which for some reason have always amazed me but I’ve never been sure quite how to read. I completely love Brian K. Vaughan and Fiona Staples’s Saga series—outer space has never been more captivating or sexier or more relatable.

I also adore Victor LaValle’s Destroyer. It begins with and retains the arctic sublimity of Shelley’s Frankenstein and the British Romantic period’s obsession with nature as a source of existential terror, and combines this with a really complex storyline around police brutality. Often when contemporary writers resuscitate Frankenstein it’s in order to turn it into a simplified morality play; LaValle does the opposite, and actually deepens and complicates the original narrative through his present-day iteration.

I’m also blown away by Iasmin Omar Ata’s Mis(h)adra, which is a totally perfect combination of what looks to me like ’80s-style Tron-esque psychedelica and a more muted, pastel ’70s-Archie-style everyday teenage world. This aesthetic schism mediates the storyline’s own schism about neuroatypicality and living with epilepsy. It’s extremely gorgeous and very affecting.

“We don’t have enough narratives of queer and trans lives lived in a daily way.”

9. Which writer(s), living or dead, would you most like to meet? What would you discuss?
I have kind of an obsessional wish that I could talk with famous revolutionaries about their love lives and the complex—often ecstatic, often chaotic—way that politics and sexuality get mixed up together. I would love to meet Rosa Luxemburg, for example, and see if she’d tell me anything about how that all worked out for her.

I’m very sad, along similar lines, that I never got to meet Leslie Feinberg during hir lifetime. As you know, hir last words were famously, “Remember me as a revolutionary communist.” This stirs me in ways I can’t put to words. And while I have no idea if zie or Luxemburg would actually want to discuss anything on the degenerate order of my own interests, that’s what I would love to discuss. We don’t have enough narratives of queer and trans lives lived in a daily way. Samuel Delany’s Through the Valley of the Nest of Spiders attempts this extraordinary task, incidentally (to the tune of some 800-odd pages), and should be on more people’s reading lists.

10. Your novel, Confessions of the Fox, took on the historical and literary canon, painting 18th-century London as radically and gloriously queer and racially diverse. Is there another time period, or body of historical work that you feel is ripe for the same practice?
The only queer way to answer this is to say that everything is ripe.

Jordy Rosenberg is the author of Confessions of the Fox—a finalist for the Center for Fiction First Novel Prize, a Lambda Literary Award, a Publishing Triangle Award, and the UK Historical Writers Association Debut Crown. Confessions has been recognized by venues such as The New Yorker, BuzzFeed, The Huffington Post, and Kirkus Reviews as one of the best books of 2018. Jordy is the recipient of numerous fellowships and awards, including from the Lannan Foundation, the Ahmanson-Getty Foundation, and the Society for the Humanities at Cornell University. His current book-in-progress—The Day Unravels What the Night Has Woven—is a memoir with a fictional conceit.

“No Language Has Power Over Another”: A PEN Ten Interview with Jhumpa Lahiri

The Power of Storytelling: A PEN Ten Interview with Kali Fajardo-Anstine