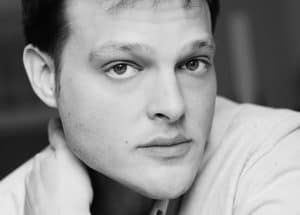 The PEN Ten is PEN America’s weekly interview series. This week, we talk with Garth Greenwell, author of What Belongs to You, which was longlisted for the National Book Award and shortlisted for the Center for Fiction’s First Novel Prize. In this interview, Greenwell discusses the relationship between art and the political pressures of both the right and the left.

Garth Greenwell will be a panelist at the event Portraying Gay Male Life Today at the PEN World Voices Festival: Gender and Power. The event will take place in May.

I didn’t start writing until college, when I took a poetry workshop my junior year. Writing poems became part of my public identity fairly quickly: I did an MFA in poetry, then three years of a Ph.D. But writing informed my sense of myself in a different way, and more deeply, when it became less public. I started writing fiction while I was teaching high school in Sofia, Bulgaria. I wrote in the early mornings, before class. I didn’t show anyone what I was working on, and I had no prospect of publication. I felt I experienced myself most authentically in those hours; I remember thinking that they felt like real life. That’s when I became a writer.

I’m obsessed with what thinking feels like, the shapes it takes, what it allows and occludes. Also with the microclimates of feeling in any encounter between two people, the way one can feel sympathy, aggression, attraction, uncertainty, all in the space of a sentence or a caress, so compressed they barely register as anything more than a shudder. And with the thickened moment of physical perception, the way significance can be given a thing in the act of paying attention to it.

I do think bravery is a virtue in writing, and I strive for it. But whenever I think I’ve written something daring, I remember the work of Frank Bidart, the living American writer I most admire, and realize how short I’ve fallen of his example of fearlessness.

As of August of last year, I have a writing room for the first time in my life, complete with a lovely, spacious desk. I write crouched in the ratty armchair in the corner, imported from my old studio apartment.

I want to protect art from the claims of responsibility. I don’t think art is insulated from history or politics. But I think art comes from a place deeper than conscious intention, where responsibility lies—from instinct, intuition, compulsion.

Has it fallen out of fashion, in the age of Marilynne Robinson, Claudia Rankine, Chimamanda Adichie, Ta-Nehisi Coates?

I think the work of art is to resist the flattening effect of party and ideology, to insist on the complexity and infinite value of individual lives and the communities they form. In our political climate, where real conversation has almost disappeared, and the only way to be heard through the clickbait noise is to shout out slogans, part of the work of art is to preserve a space for nuance, ambivalence, ambiguity, and doubt, those virtues of real thinking.

If we construe censorship narrowly to mean the state restriction of free expression, then I think it is only acceptable in very limited instances of concrete harm: child pornography, for example, or the explicit incitement of violence.

But there’s a softer kind of restriction of expression, as when curators of an exhibition remove a work of art because of public dismay (but not government action), or student protests at a university prevent a lecturer from speaking.

This kind of restriction of expression occurs across the political spectrum, and it is usually justified by claims that a work of art or the airing of an idea does harm. On the right, this perceived harm is often against proclaimed public values, like decency or religion; on the left, it is often against groups seen to be particularly vulnerable. On the left, there is sometimes an analogy made between a work of art or a particular set of ideas and acts of violence against such groups.

I think we should be extremely wary of making such analogies. If we really think a work of art is an act of violence, I don’t see how we can avoid the consequence that coercive force, that is the force of the state, should be marshaled to stop it. This means that the analogy between expression and violence lays the intellectual groundwork for censorship in the narrower sense, for the state to intervene to prevent harm.

Art and speech can cause pain, they can be wrongheaded, they can be politically reprehensible. None of this makes them acts of violence.

It dismays me that it has become fashionable in certain quarters on the left to diminish the importance of free speech. This diminishment reflects, it seems to me, a profound ignorance of what a world without free speech would be, and of how much more comfortable such a world would be for the powerful. We should return to writers who worked in such conditions—writers like Reinaldo Arenas, Pedro Lemebel, Osip and Nadezhda Mandelstam—to remind ourselves of how precious the right of free expression is, and of how much it costs. Part of that cost is the psychic pain such speech can cause, but this is a minor cost, and one I think we should be willing to pay, especially when we have the freedom to give voice to that pain in vigorous critique. Critique that is useful in a democratic society is critique modeled on conversation; however powerful its claims, it does not demand that the opposing voice be silenced.

It dismays me that some on the left are increasingly arguing that audiences need to be protected from works of art or from controversial or wrong ideas. It dismays me that we are in danger of losing the fundamental, democratic faith that reason can adjudicate between conflicting ideas, and that society can accommodate conflicting values.

A diverse and democratic society depends upon robust protections of free speech. Those protections require our vigilant commitment.

Reinaldo Arenas’s The Color of Summer, the last book of Arenas’s “secret history of Cuba,” the Pentagonía—a scabrous, obscene, brilliant satire of a totalitarian state. Arenas spent a good deal of time in Castro’s prisons. The fact that this book exists is a testament to his doggedness: He had to rewrite it several times after the manuscript was confiscated. It’s also, in its brilliance, in the sheer, human exuberance of its imagination, a desperate, wild, hopeful claim—made from the brutal experience of a repressive regime—that something essential in the human is finally irrepressible.

Garth Greenwell is the author of What Belongs to You, which was longlisted for the National Book Award and shortlisted for the PEN/Faulkner Award, the James Tait Black Memorial Prize, the Los Angeles Times Book Prize, the Center for Fiction’s Debut Novel Prize, and several other awards. His work has appeared in The Paris Review, The New Yorker, the London Review of Books, and elsewhere. He lives in Iowa City.