The PEN Ten with Deborah Smith 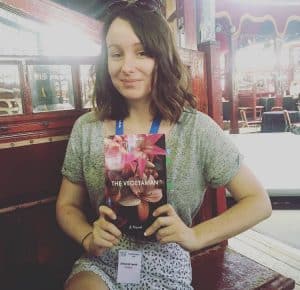 The PEN Ten is PEN America’s weekly interview series. In this week’s interview, we speak with Deborah Smith, translator of The Accusation, a collection of short stories by an anonymous North Korean writer who, to our knowledge, is still living in the country. Smith discusses the role of the translator,  her favorite authors, and what it was like to translate The Accusation.

When did being a translator begin to inform your sense of identity?

I don’t think it does, especially. All the things I can think of about myself that seem particularly apposite for a translator—love of literature and language, a restless mind and restless feet—are the things that led me to become a translator, rather than the other way around. Of course, literary translation is my job, and something I love doing more than anything else; a vocation more than a career. The things I’ve read, the places I’ve been and the people I’ve met through translation have been fascinating and enriching, but perhaps not radically altering.

You are the translator of the English language edition of The Accusation, a short story collection written by an anonymous North Korean writer still, to our knowledge, living in the country. What made you decide to take on a project like this?

More than anything, because I was excited to read the book—it’s a genuine first, and you don’t get many of those in publishing. I also knew that it would be very different from anything I’d translated before, and as a translator, it’s good to challenge yourself now and then.

Translating any work of literature presents its own challenges, but translating work by a writer living under a dictatorship is particularly unique. Did you have to alter your process or approach when translating The Accusation?

Hardly at all. I never discuss a translation while I’m working on it, because for me the author’s voice and intention are all there on the page. The only difference was that this time I had to ask my friend Kyeong-Soo about the handful of places where, usually because of the North Korean dialect, I wasn’t 100 percent sure what was being said, rather than asking the author themselves.

The Accusation was smuggled out of North Korea despite extreme censorship laws. When, if ever, is censorship acceptable?

Well, newspapers shouldn’t be able to splash hate-mongering, sensationalist lies over their front pages, then quietly retract them weeks later on page 20. But that’s not censorship. The most important thing is not the content of the speech but the platform it’s given—we need to work on making the existing platforms less unbalanced in terms of their reach and power. Amplifying those voices on the lower end of the scale, reminding those at the top that free speech doesn’t mean speech without consequences.

To think about the politics of what and how we translate—the voices we choose to amplify, the damaging stereotypes we might help to break down or be complicit in. As with every other art form, the platitude that translation is always and innately a ‘good thing’ ought to be tempered with a consideration of scale and degrees. Still, the overriding spirit of the translation community is one of cooperation and collaboration, not competition, so we also have a responsibility to that.

What’s the most daring thing you’ve ever put into words—translation or otherwise?

Possibly the initial funding application I wrote for Tilted Axis. It’s pretty audacious to assert that you have the skills to set up and run a small press, successfully, with zero experience.

I guess literature. My favorite authors are John Berger, Ursula Le Guin, and Virginia Woolf; I wouldn’t say I’m obsessed with them—perhaps I just don’t have an obsessive mind—but influenced, definitely. For nonfiction, I’ve been getting into eco-phenomenology lately, especially with a feminist bent. Books like Vibrant Matter and Meeting the Universe Halfway.

Where is your favorite place to translate?

I only ever translate at home—I can’t concentrate in public places, annoyingly. I’ve lived in three different places in the five years I’ve been translating, and the current one is definitely my favorite because it’s the first time I’ve been able to afford a place of my own. My desk looks over the back garden—another first.

While the notion of the public intellectual has fallen out of fashion, do you believe writers have a collective purpose? Do translators?

Collective in the sense of there being one purpose for all? No. But a lot of writers (which I use to refer to both authors and translators) certainly do have a sense of purpose—a sense of wanting their work to matter, to be more than entertainment or something that brings us wealth or fame or intellectual capital.

To the writers, to the people, a whole library wouldn’t be enough. But if I had to choose one, I’d send the anthology Syria Speaks—a compendium of powerful, urgent art of all types and disciplines created under almost impossibly difficult conditions by people who are their contemporaries, though they may be utterly unaware of them. I’d like to think that could provide some measure of inspiration and solidarity.

Deborah Smith‘s translations from the Korean include three books by Han Kang and three by Bae Suah. In 2016, her translation of Han Kang’s The Vegetarian won the Man Booker International Prize. She also won an Arts Foundation Award for her work as a translator, which includes teaching, mentoring, consultancy and reviewing. In 2015, Deborah founded Tilted Axis, a nonprofit press publishing cult contemporary Asian writing. She tweets as @londonkoreanist, but now lives in Sheffield.