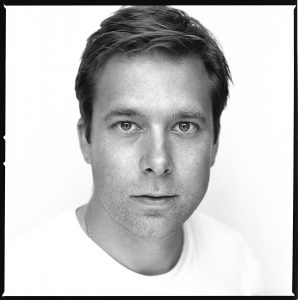 The PEN Ten is PEN America’s weekly interview series. In this week’s interview, we speak with Christopher Bollen, editor at large at Interview Magazine and author of The Destroyers, out this month.

I can’t say that a person is born a writer, but for me the symptoms manifested early: a need to connect and communicate crossed with an overwhelming desire to be alone; a romantic infatuation with brooding; a fanatic’s obsession with certain books, poems, quotations, and authors; and the experience that the world around me came into sharper focus when I read about it in a literary form. Of course, this all means I was one of the lucky people who take shelter in books; not all of us necessarily become writers. So the identity of a writer was earned when I began to sit for hours at a desk with nothing but a keyboard and my racing thoughts and realized this might be my future. That started to offer itself to me at around age 12. Which, come to think of it, is the same age I started biting my fingernails.

Hands down Graham Greene—especially mid-career Greene. His pauses and cadences, his long sentences followed by a quick slap of a simple line. I don’t believe a person’s writing style is ever entirely homegrown. You don’t find your voice deep inside of yourself. You develop it by using those you admire as guides. That’s not stealing, it’s part of the craft.

Traveling, which is the cure for tired eyes. Others include missing persons, dogs, and tennis.

For a “personal essay” class in my freshman year of college, I went for it and wrote about the first time I hooked up with a guy. Before that exercise, I treated writing a bit like the dinner table, couching the more unseemly personal material in ambiguity. I’m sure that particular piece of writing is horrifically melodramatic, but it did break down some invisible barrier between me and the page. It made me a braver writer and probably a contemporary one. It turned the quill into a ballpoint pen.

I bought a little cabin in the Berkshires two years ago thinking it would be my ideal writing spot. It isn’t. I write best in New York City, in my apartment by an open window, preferably with sirens wailing in the distance.

There isn’t one. Except to try to tell stories that in some way provoke or challenge the reader’s understanding of the world. We’ve been comforted and appeased enough.

No, not collectively. Maybe to stick up for each other. And to keep the channels open for thought and conversation. I loved those mid-twentieth-century public-intellectual writers—they are heroes—but arguably, in almost every case, their fiction suffered for their soapbox.

Self-censorship is acceptable and should be encouraged. Beware of the passing thought. But for the most part censorship is not acceptable. It pains me to hear voices on the left today crying for paintings to be taken down from museum walls or art exhibitions to be shuttered because they disagree with the content of the work. Protest it, yes. Get angry, by all means. But don’t demand that it be removed from a public forum because you feel the artist doesn’t have the right to address any subject she or he chooses. She or he does. Honestly, it isn’t a far walk from saying “a person doesn’t have the right to tell someone else’s story” to “a person doesn’t have the right to read or watch or witness someone else’s story,” unless you believe that consumption is an entirely passive act. In my mind, reading and watching are creative acts, too, and we should encourage these kinds of leaps outside the self.

I just did a talk with John Waters who pilloried me for not having ever been arrested. I love that I exist in a pocket of the universe where not having a criminal record is a strike against your character.

The closest I got to an arrest was in 1998 on a cross-country road trip after college when I was pulled over in Paris, Texas. The officer—who took one look at me with my dyed-black hair and decided I was not leaving his town without seeing the local jail—claimed he smelled marijuana in my car. As it happened, I actually did have a bag of marijuana in the car; it was hidden inside a lens cap in my camera case. The officer asked if he could search my vehicle. When I said no, he threatened to bring in drug dogs. Somehow I managed to keep my cool and replied, “Okay, if you get a warrant.” I had no idea if a warrant was needed for a dog search and I still don’t. But after an agonizingly long wait, he decided to let me go with the advice that I leave Paris, Texas, in the next five minutes. I took his advice. I still get sweaty thinking about that police stop. I’ve never been back to Paris, Texas, even though I haven’t smoked pot in 15 years.