PEN Grant for the English Translation of Italian Literature ($5,000) 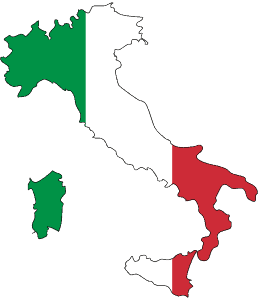 The PEN Grant for the English Translation of Italian Literature awards a $5,000 grant to a translator for a work-in-progress of a book-length translation of an Italian work of literary fiction or nonfiction into English. The grant operates within the existing PEN/Heim Translation Fund Grants which are offered annually to promote the publication of translated world literature in English.

This grant was awarded for the first time during the 2017 PEN Literary Awards cycle.

Applications for the 2023 cycle closed on June 1, 2022. Winners will be announced in the fall.

From the judges’ citation: “Italian literature is famous for its family sagas and familial conflicts, but what Giorgia Trabuiani wrote with Padri (Fathers) is a novel which upends those traditional themes and ideas. Looking exactly how he did on the day he died more than 40 years earlier, Diego Valli appears at his old apartment and is met with his son Oscar, who he left behind as a child and is now well into his 50s. The pathos that Isabella Corletto deftly infuses in her translation forms a lovely counterpoint to the seemingly absurd premise, resulting in a strikingly original text.”

From the judges’ citation: “Tim Cummins’s muscular translation of Paolo Nori’s radical, unhinged, and terrifically readable novel, We Will Take Our Revenge, distinguishes itself in its total ownership of voice. Tracing the unusual story of civil justice and parenting, Cummins’s translation finds a perfect point on the bridge between the music of the Italian sentence and the urgency of English. It is both foreign and deeply resonant.”