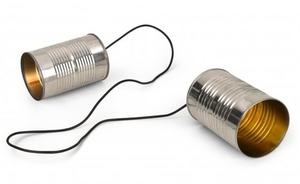 This year, as in the past, the PEN/Heim Translation Fund plays a critical role in bringing important works of literature from around the world to an English-speaking audience through vivid and elegant translations that communicate not just words, but ideas and inspiration. The Fund has played a seminal role in promoting international literature in the United States and in enabling some of the globe’s most talented writers to reach audiences who have been informed and enlightened by their work. In so doing, the Fund helps advance PEN’s mission of bridging divisions through a shared appreciation of great literature.

Daniel Borzutzky for El País de Tablas (The Country of Planks) by Chilean poet Raúl Zurita. Borzutzky’s commitment to Zurita’s poetry continues with this selection of recent work, which includes a sequence of twenty poems, each named after one of Pinochet’s prisons. As Zurita himself explains, it is an attempt to write a poetry “as powerful as the pain that was delivered by the state.” (To be published by Action Books)

Isabel Cole for her translation of At the Burning Abyss by Franz Fühmann, the great dissident patriarch of East German letters. This challenging, multifaceted, genre-bending book is Fühmann’s highly personal (auto)biographical response to the great Expressionist poet Georg Trakl. Cole’s translation captures the richness and depth of Fühmann’s complex magnum opus. (To be published by Seagull Publishing)

I see the man from the neighboring cot hanging from the joist of the latrine in the morning, a sign around his neck: I WAS A WAR CRIMINAL –: We experienced in our own hearts what, as Z. proved to us, had been unfolding for thousands of years as the essence of all human history: the life and death struggle between old and new, reaction and progress, slavery and liberation: Mankind arrayed at the burning abyss, and after Auschwitz it burned only within.

Sean Cotter for his translation of Mateiu Caragiale’s Rakes of the Old Court, a relentlessly funny, dark, flamboyant, twisted text that Cotter captures perfectly in this audacious and over-the-top translation. Written in the early 20th century, the text has a contemporary voice that is ahead of its time. (Available for publication)

At the age when others began a process of atonement, he, who had always served as a living example of comportment, threw himself into excesses of decadence. Was this the revelation of a life he had led, up to that moment, in darkness, or the rediscovery of an old practice whose craving made him disburden a long line of exemplary years?

Chloe Garcia Roberts for her translation of Escalating Derangements of My Contemporaries by the 9th century Classical Chinese poet Li Shangyin. Garcia Roberts’ translation of these spare, immediate poem-lists is lyrical and intuitive. (To be published by New Directions)

Edward Gauvin for the translation of Jean Ferry’s The Conductor and Other Tales, the only collection of prose fiction written by Ferry, an illustrious screenwriter associated with a number of avant-garde movements, including the College of ‘Pataphysics and Oulipo. Gauvin’s translation of his work is vivid and authoritative. (To be published by Wakefield Press)

One morning, where the pile of trash had been, was an old beggar who reproachfully watched me cross the room, probably because I wasn’t giving him anything… Scrutinizing him with despair, I found our discarded ashes in the filth of his grayish cast; from the banana peels he’d made pallid fingers, shapeless and trembling; from white eggshells the whites of his eyes; and from fabric scraps the tatters that clothed him.

Eleanor Goodman for Something Crosses My Mind, selected poems of Wang Xiaoni. Wang’s sharp apprehensions of daily life have made her, since the 1970s, one of China’s most influential poets. Goodman’s pitch-perfect translation makes Wang’s work available for the first time in book form in English. (To be published by Zephyr Press)

The night of the typhoon, the sky was full, the world destroyed.

From west to east, herds of black cattle rolled on their heads
the wind’s hoofs beat at the windows
everything on the ground rose to the sky.

The people were packed into the night
the night was packed into an exploding drum.
The wildly arrogant air
presented rolling tanks from another world.
There was no sign of resistance
that’s just the way the extraordinary happens.

Marilyn Hacker for her translation of Jean-Paul de Dadelsen’s The Bridges of Budapest. An associate of Albert Camus and Jean Monnet and a journalist for the BBC’s French service during the forties and fifties, the Alsatian-born Dadelsen has emerged posthumously as a major voice in French poetry. (Available for publication)

from “The Great Ledger“

He says to her : So you stayed with him ? Well, yes, she
Stayed with him,  got laid three times, of which the first
Was spoiled for her
And the third spoiled by him. But who knows on what grounds.
That was part of her own service record. And by what right
Did he feel himself so magnanimous, so generous, for having forgiven her ?
She belongs to no one.

I don’t belong to myself. I don’t know where I come from, I don’t know
What is marked down in my favor or against me
In the great account book.
I am not my forgetfulness I am not my laziness and am not
My sluggishness.  But from the depths of my memory I am ashamed
I am ashamed I did not cry out against you
Eternal One.

Elizabeth Harris for Tristano Dies by Antonio Tabucchi. This rich and textured translation rises to the challenge of the complex, exuberant Italian text – its voice, musicality, layering, and depth – and allows the reader to follow all of its twists and turns. (To be published by Archipelago)

…I’ve always liked Pascal’s definition, a sphere whose center is everywhere and whose circumference is nowhere, it reminds me of the elephants…And in a way, this has something to do with why I called you here…like I said, you’ll need to be patient because it’s not quite my time yet, but you knew at once to trot along beside me, to accompany the one who’s dying…

Jennifer Hayashida for the translation of Athena Farrokhzad’s debut poetry collection Vitsvit. A Swedish writer of Iranian descent, Farrokhzad sets her poetry against traditional assumptions about society, race, and gender. Hayashida has spirited these at once critical and playful poems into English with a deft hand and more than a few ironic winks. (Available for publication)

Eugene Ostashevsky and Daniel Mellis for their translation of Tango with Cows by Vasily Kamensky. Originally printed on wall-paper and decorated with cubo-futurist drawings by the Burliuk brothers, this collection introduced the “ferro-concrete” poem and other striking verbo-visual innovations. A perfect team for the task, Ostashevsky and Mellis are able to provide both the linguistic and visual expertise that this Russian futuristic text demands. (Available for publication)

Click here to view “Flight,” an image from Tango with Cows

Jeremy Tiang for Nine Buildings by Chinese playwright Zou Jingzhi. These blunt, tamped-down translations of tales of youth during cultural revolution in Beijing address the grim cruelty of that time. Tiang’s language has a tang and matter-of-factness that effectively communicates the harshness of this text. (Available for publication)

Yao Nan said, that year’s grave-sweeping was the most fun. So many tombs had been pushed over, some marked with a big black cross. They didn’t sing the usual songs. He saw someone’s gravestone scrawled over with the words: this person fiddled with women and died, serves him right. I said, I saw that too. He replied, it doesn’t matter what you write, he’s dead anyway, he doesn’t know, you could sing to him or scold him, he still wouldn’t know. If I died, I’d bury myself in a secret place, just like missing the spring-outing, dying alone, escaping far from here.

Annie Tucker for her translation of Eka Kurniawan’s Beauty Is A Wound. A vivacious and at times zany translation of a comic but emotionally powerful Indonesian novel, Tucker’s translation is rich with errant charms and a daring exaggeration. (Available for publication)

One afternoon on a weekend in May, Dewi Ayu rose from her grave after being dead for twenty-one years. A shepherd boy, awakened from his nap under a frangipani tree, peed in his shorts and screamed, and his four sheep ran off haphazardly in between stones and wooden grave markers as if a tiger had been thrown into their midst

Lara Vergnaud’s translation of Zahia Rahmani‘s France, récit d’une enfance (France, Story of Childhood), the final volume of a loose autobiographical trilogy, the first of which was a finalist for the 2003 Prix Femina. Born in Algeria, the daughter of a Harki, Rahmani writes of what it is to be a radical outsider, alienated from both family and nation. (Available for publication)

“I’m reading a book.”
I say this sentence to you in your language. As for the word painting, your culture doesn’t know it. I say in Berber, “Arghigh thakthab fla painting.”
You come closer to me and I show you some of the pictures.
A brunette in a black hat—The Jewess.
You tell me her face is soaked with soot.
“Akathoumiss eoudheegh.”
Which also means, a hard surface marked by time.

The Fund is also pleased to announce that its nominee for a 2013 New York State Council on the Arts translation grant, Iza Wojciechowska, was awarded a $5,000 grant in January for her translation of Farbiarka (The Dye Girl), by the contemporary Polish poet Anna Piwkowska. Piwkowska’s critically acclaimed poems center on themes of myth, memory, and nature, and have never before appeared in English. (Available for publication)

from “Tower of Babel“

Because my daughters want to have daughters:
Didos, Valkyries, Sakuntalas.
They want to bear children, write books, own a house
by the sea, heal, cure, save.
They want to make sense if only of a bowl of rice
and to watch waves crash against the shore,
wash grains of sand down to the bone, to the core
of existence till only amber beads remain
or pearls that shine victorious on their young necks.

Each of the translators will receive a $3,300 grant toward the completion of his or her project. Publishers and editors who wish to express an interest in any of these projects are invited to contact Paul Morris (paul@pen.org) or Michael Moore (michael.moore@esteri.it) for the translators’ contact information.

The Fund gratefully acknowledges the ongoing support of Amazon.com, which has assisted the Fund’s work this year with a gift of $25,000.