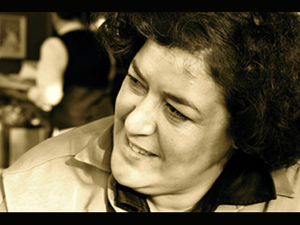 France, Story of a Childhood is more than a story—it’s all at once a history lesson, an homage, and a cry of protest. Zahia Rahmani’s compelling account describes her childhood as the daughter of a Harki—one of the Algerian soldiers who served in the French army during the Algerian War of Independence (1954–1962). Following the war, the Harkis were persecuted as traitors by their fellow Algerians and often tortured. Those who did manage to escape to France faced similar contempt and ostracism in their new homeland.

Rahmani was born in Algeria in 1962 during this tumultuous period and moved to northern France with her family five years later. Though the term “Harki” rarely appears in France, the unvoiced pejorative is omnipresent as the author-narrator describes her combat against loneliness, racism, and familial reprobation. Rahmani may be reluctant to be labeled a Harki author, but it is impossible to divorce her writing from the Harkis’ collective history. Like many of her counterparts, she explores conflicted notions of identity and belonging—a confusion not merely reflected but rather screamed aloud in France.

When I first discovered  Rahmani’s work in 2009, I was ignorant of the Harki identity—I had never even heard the term. Gripped by the author’s sense of urgency across three different epochs (early 20th century Kabylia, 1970s rural France, and modern-day Paris), I found myself wholly submerged in her world. My father calls me a whore for daring to watch television. My brother comes home in a casket. My mother is dying.

France stayed with me. And, as with all good books, it read differently each time. I was seduced by the musicality of Rahmani’s prose, which evokes the spoken word and the North African oral tradition of storytelling. As in other Harki texts, orality is a crucial narrative element, and represents the dueling languages of North Africa and France: Arabic, Berber, and French. This polyglossia enriches all of Rahmani’s works, and France in particular—a book-long echo of the voices of Rahmani’s ancestors, parents, siblings, and neighbors.

But beyond the stylistic (and historical) allure of France, I was drawn to the emotive heart of Rahmani’s work, especially the theme of maternal love. The author wrote this short book in 2005 as her mother was deathly ill, amidst a France gripped by civil unrest and rioting. The woman at the center of France, Ourida, is portrayed as a strong and noble figure who transmits an invaluable oral heritage to her children. As the author-narrator wills her mother’s recovery, she poignantly explores the ways Ourida shaped her life. Ultimately, France is not a Harki story. Or even a French story. It is a universal story—a story that depicts the relationship between a mother and her daughter and the moments that precede a loss.

As my appreciation for France continued to grow—in step with my evolution as a translator—I found myself wondering, “Can this work be translated?” And more importantly, “Should it?”