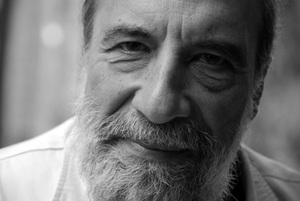 “The Country of Planks” is a section from a 700-page book named Zurita, published in Chile in 2011; and each poem is titled with the name of a prison that operated during the 17-year dictatorship of Chilean General Augusto Pinochet. Zurita knew from firsthand experience what it was like to be imprisoned under the dictatorship. One of the poems in “The Country of Planks” is named after the Maipo Cargo Ship, where Zurita was incarcerated on the very morning of September 11, 1973, the day of the military coup in Chile. He had been a student at the time, at the Universidad Santa Maria in Valparaiso, Chile, where he was pursuing a degree in engineering, and after his arrest he spent the next six weeks on the prison-ship, deprived of communication with his family. In an interview I conducted with Zurita in 2009, he described the ship as holding 800 prisoners in a space that could only contain 100. The experience of the coup, Zurita has stated, has defined all that he would come to write. In this same interview he told me that during the years of the dictatorship he felt as if he needed to write “a poetry that was as powerful as the pain being delivered by the state.” And I believe that this powerfulness also applies to the writing that Zurita has produced after the coup, the writing that animates and reflects upon Chile’s contentious transition from dictatorship to democracy.

Included here is Zurita’s poem to Villa Grimaldi, one of the most well-known dictatorship-era prisons and torture centers in Santiago. Villa Grimaldi is now a “Park for the Peace” that houses a museum, education center and memorial to the victims of the dictatorship. The center’s website states that Villa Grimaldi witnessed the cruelest, most inhumane and brutal Human Rights Violations practiced by the state against its own citizens. During its five years of operation, it housed approximately 4500 prisoners, of whom 18 were executed and 211 disappeared. Its former prisoners included, among others, ex-Chilean president Michele Bachelet (now a candidate for re-election).

As in much of his poetry, Zurita’s work here addresses the way that governments have often used nature to inspire a sense of national unity, and he is reclaiming it, or reconfiguring it to reflect what he takes to be the realities of a dying nation. Rather than being something that forms national identity, in Zurita’s “The Country of Planks”, nature absorbs identities. The shame of the political has been absorbed by the natural. The blood and the bodies of the disappeared, now scattered throughout the landscape, have become part of the homeland, the Chilean soil. This is the rhetoric of Zurita’s natural depictions as they are tied to national identities. It’s a rhetoric of shame, of loss, of unspeakable and unquantifiable violence.