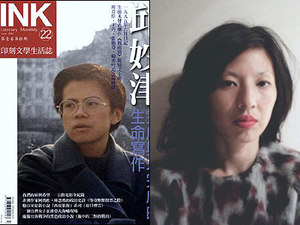 In Praise of the Fuck-Up

Bad habits are often formed when one is young, which is why it’s important to give young people an antidote to the notion of failure before they acquire the crippling, adult sense of having something to lose. Books are good medicine in this sense. What makes Kerouac or Salinger timeless is not necessarily literary, but perhaps didactic: the fact that there is wisdom to be found at the fountain of youth, no matter what time one arrives. Of course, there is also a saintliness reserved for those authors who are able to make an interesting life story for themselves, and that order includes Qiu Miaojin.

The female narrator of Notes of a Crocodile is an anti-hero in this lineage, the product of an authoritarianism whose first step is to conflate education with intelligence. In exchange for the privilege of seeing an individual in the mirror, you start to visualize your future self in terms of school name, major, grades, and class ranking, a blueprint which executes itself in adulthood, through living in a vigilant state of status anxiety and self-protectionism, or bitterly, begrudgingly, doing the bare minimum to get by, or most despondent of all, complete and total resignation. Outside these limited permutations of consciousness, any loser is potentially the biggest winner—the happiest of all, if one is inured to failure early on, and a real human being, if you can honestly say that you don’t buy into it. There are lots of old names for this system, but it’s said that as long as you redesign the packaging every once in a while, people will keep buying it.

Notes of a Crocodile is a testimonial that begins with self-hatred and whose main concern is the reconstruction of one’s own self-worth. Never purely fictional or reliably non-fictional, this kind of story is ideally told by a character whose history includes some central experience of hardship or inordinate suffering, or one who is willing to forego privilege and its minimum guaranteed successes, and leave behind a honest record, even if it means a losing one. It sets out to ask whether one can learn to first escape the predicament one was born into, and, second, undiscipline oneself from the rules one was trained to follow from birth. Because it is a novel about process, part of its beauty comes from failure. As a reader, you must accept that any tragic conclusion, with its intrinsic properties of ambivalence, is already an improvement.

From this vantage point, a human being is like a shooting star. If it were a perfect arc of light every time, you wouldn’t be able to tell one from the next. And if somehow you made yourself vulnerable enough and still managed to survive, you might possess in yourself what so many mature and developed individuals struggle all their lives to regain, which is a sense of purpose.