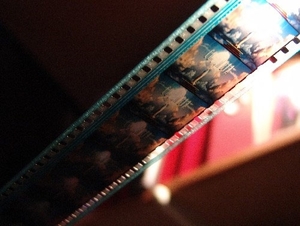 Through translation, inventive turns of phrase and expanded linguistic boundaries imbed themselves in our cultural consciousness like the very stories they tell, and it is from these mutations that new books are born. I mention this less with regard to my own translation of The End of the Same, and more as a way of introducing its author, Argentine native Marcelo Cohen, who in addition to having written over thirty works of fiction and criticism, has translated over one hundred others from French, Italian, Portuguese, Catalan and English into Spanish. I am very excited to share his work with an English-speaking readership.

Cohen’s fiction is clearly informed by his experience as a translator. The End of the Same is the work of someone who has molded the syntax of his own language into countless shapes, someone who, by appropriating foreign fictional worlds through translation, has become adept at weaving new threads of meaning through old words. Over time, Cohen’s riskier moves have found a home in his own fiction writing, in a language I like to think of not as Spanish, but Cohenese.

When Cohen is not inventing new words, or jamming out on exhaustive sentences with the rhythm and agility of a jazz musician, he tosses more straightforward statements into the narrative, like: “She had three arms.” (“Of course! Why wouldn’t she?” muses the translator, frantically searching for alternative meanings as if there might be some mistake). If social media and clickability have reduced some narrative to pithy superficiality, Cohen’s outward exploration through proliferation of language, its use as vessel for discovery and its elevation to near-protagonist status is undoubtedly an antidote to this trend.

Borrowing a term from one of Cohen’s stories, one might describe his work as one of non-cohesion. Not only linguistically, but in terms of genre. Initially,The End of the Same was defined as a novelato—that is, somewhere between a novela, or novel, and relatos, or short stories. The work further challenges genre by omitting chapters, and instead builds each piece on vignettes, with the occasional poem or song lyric. Fogwill observes that “more than a hybrid of genres, [The End of the Same] is an homage to the genre.” Regardless, the effect is seamless, like frames of film running through a projector; the collection is certainly meant to be read as a whole.

The End of the Same is comprised of five fantastical stories: prisoners who, stranded in an unlocked prison on the beach, are reluctant to escape; a dreamer who falls in love with a woman with three arms; a family man who leaves his house one night to follow the sound of a cry; a socially undefined man driven crazy—either literally or figuratively—by the social powers that be; and a young widow who gets mixed up in drugs and prostitution.

If this book was on the verge of science fiction in 1992, it is a haunting near-version of the world in 2012: in the narrative, daily reality is straight-jacketed into news-friendly snippets; television screens dominate interiors, public transportation, the landscape; inflated real-estate prices lead most people to uproot themselves with their cheap, abundant belongings in tow; mobs of unemployed youth take to the streets in protest.

Like any great writer, Cohen’s concerns extend beyond language, genre and plot and into the psyche of his protagonists, who are linked by their common desire to find an escape hatch out of seemingly delimited spaces—either their very selves or their socially inhospitable and economically unstable worlds. Do they ever find an end to the same? Or are they hopelessly locked into an infinite cycle defined by the world around them, or their perception of it? While the protagonists struggle to bring more than one option into relief at a time, the reader is permitted to see several. However, even if options for action exist ad infinitum—and perhaps simultaneously—it is possible that none present a way out of the cycle, if one exists at all.