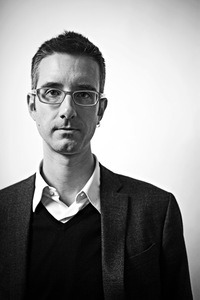 Alexander Booth is the recipient of a 2012 PEN Translation Fund fellowship for his translation of Lutz Seiler’s poetry, in field latin. Below he discusses Seiler’s poetry and his relationship to the work as a translator.

Lutz Seiler grew up in the former German Democratic Republic near one of the largest uranium mining centers in the world, and now lives outside a small town near Berlin. His poems come from a world that was for the most part wiped away by environmental devastation or simply forgotten in the intoxication surrounding the supposed end-of-history. As such, these poems upset time. They arrive from the borders, the in-betweens and the provinces, written by one who has intimately experienced, and ultimately befriended, ghosts and the dead—both his own, and those of his culture. And it is precisely this literal and metaphorical soil that lies beneath, indeed nourishes, every one of Mr. Seiler’s poems.

With an incomparable sense of stillness, quiet, and love, Mr. Seiler walks with the reader through the place of which he is part and, contrary to contemporary demands, with no hurry and with great attention to its particulars. Here is birch and pine, moss, forest, and the smell of the freshly sawn; here villages are still made of scythes, and of harvest, though possibly experiencing a new stone age and not too far away from an abandoned office park; here the dead call along the telephone wires and sometimes even come home with the train; here is snow; here is maybe a Zhiguli, a Stradivari radio, and a schnapps; here are names: Tante Lanny, Brizke, Dettloff, Kaatz, Aranka…

I was drawn to translate Lutz Seiler’s poems for a number of reasons, not least for their humility, unique and undeniable musicality, aural and structural sense of physicality, and specificity of place.

In calling forth his landscape’s life, in full awareness of both his literary and non-literary forebears, Lutz Seiler has re-contextualized and radically personalized German Naturlyrik for the 21st century, while simultaneously reestablishing the insoluble bond between poet and landscape.

In translating these poems I would like to make people aware of some of the stylistic and thematic concerns in contemporary German poetry, while also adding to the corpus, and thereby facilitating the discourse, of poetry translated into English. In addition, I feel that Mr. Seiler’s unique approach has much to offer an English-language reading audience, both through his way of seeing, and his transformation of such sight into singularly compelling verse.