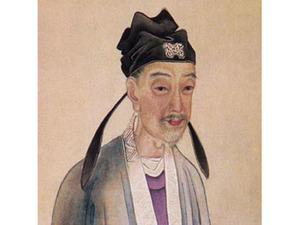 Chloe Garcia Roberts is the recipient of a 2013 PEN/Heim Translation Fund grant for her translation of Li Shangyin’s Derangements of My Contemporaries. Read an excerpt of her translation here.

To read Li Shangyin’s poetry is to be beautifully disoriented. It is to encounter a unique lyricism comprised of layer upon layer of mythological, historical, and symbolist imagery all the more startling for its deviation from generally held assumptions about Classical Chinese poetry, namely, that it is all spare precision and philosophical naturalism. To read Li Shangyin’s Za Zuan text then, is to glimpse the underside of this lyric brocade, to encounter the knots and tangles of the mundane. Weaving together experiences of social phenomena, perceptions of the behaviors of contemporaries, and the nuances of physical or emotional states in shifting tones of humor, acid, wonder, and sadness, the Za Zuan is an invaluable document of one man’s reactions to the age in which he lives.

This inverse relationship between the poetry of Li Shangyin and the lists of the Za Zuan is one that I have tried to take into account in my translations. The fact is the Za Zuan was not included in Li Shangyin’s poetry anthologies, which implies it was not considered part of his poetic oeuvre, but rather, a standalone work. Additionally, it was published under Li Shangyin’s courtesy name of Yi Shan (義山), which denotes a separation even in the author’s mind between the lists and his poems. And finally, in recent years the link between Yi Shan and Li Shangyin has also been called into question by several scholars. In translating this text, I tried to honor the distinctions of the Za Zuan lists from the rest of Li Shangyin’s poetry, as they serve to articulate an overlooked and unexplored facet of his aesthetic, one that is playful, wry, and above all pragmatic. However, I also simultaneously attempted to trace the threads embedded in the Za Zuan that lead back to Li Shangyin’s poetry such as the poet’s familiar trope of longing, and his oft returned to themes of mourning, political cynicism, and desire.

The translation of Classical Chinese poetry for me is an exercise in accommodating convergence, ambiguity, and multiple shades of meaning. In fact, I try to resolve as little of this inherent simultaneity as I can for the English-speaking reader; I prioritize maintaining the forks over dictating the paths. The translation of the Za Zuan with its sinuous relationship to its author and his other work is just one more instance of this concurrence. In these translations I attempted to uphold the negative capability of the text itself, to respect the fact that these lists do more than just fill in some of the intentional shadows cast by Li Shangyin’s poems, they also prove his voice is as broad as it is deep, as variegated as it is unified. Ultimately the lists of the Za Zuan text help us to comprehend the scope of this astonishing poet typified by disembodiment, trans-temporal wandering, and unarticulated all-encompassing longing by locating him as a man in a concrete emotional, physical, and temporal locality.