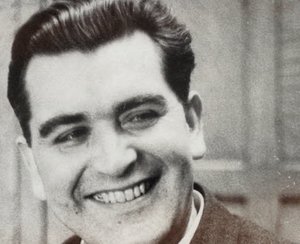 Marilyn Hacker is the recipient of a 2013 PEN/Heim Translation Fund grant for her translation of Jean-Paul de Dadelsen’s The Bridges of Budapest. Read an excerpt of the translation here.

I discovered the work of Jean-Paul de Dadelsen through a poem by Hédi Kaddour, entitled with the other poet’s name, in Kaddour’s collection Jamais une ombre simple, a hint in twenty-odd lines of the other poet’s preoccupations and his fate: music, a specific provincial landscape in recollection, “discordant” obscenity or scatology, and even more discordant cancer. Kaddour and his coeval Guy Goffette have numerous poems paying oblique tribute to other modern or contemporary writers who are not those even a French reading public knows best. It was because I’d read and translated Kaddour’s poem that, when I saw a collection of Dadelsen’s work on a bookshop’s tiny poetry shelf, I picked it up, leafed through it, bought it, read it. I began to render the work in English almost immediately, convinced by its hybrid energy, breadth of imagination, and audacity.

Jean-Paul de Dadelsen was born in Strasbourg, Alsace, in 1913. His studies were in German literature, with a special interest in German Romanticism. He fought with the French Army until the defeat of 1940, and was decorated for bravery. After teaching German literature in Oran, he joined de Gaulle’s Free French Army in London as a paratrooper in 1942, after which he served in the Free French Provisional Government in London. He was a correspondent for Albert Camus’ newspaper Combat, having met Camus in Algeria.  He was a journalist for the BBC’s French Service after the war, worked with the International Press Institute in Zurich, and became involved in Jean Monnet’s movement for a unified Europe, precursor of the European Union.

Though Dadelsen had written poetry as a student, and indeed theorized on it in letters to his uncle, he had abandoned it until he resumed, seriously, in his thirties. His first published poetic work, the sequence “Bach in Autumn,” appeared in the Nouvelle Revue Française in 1955. Other poems, including the “Invocation” to the Jonah sequence and “The Last Night of the Pharmacist’s Wife,” part of a suite conceived as a symphonic elegy for the poet’s mother, were published in journals in the following two years.

Dadelsen died of a brain tumor (as had his mother two years earlier) in Zurich in 1957 at the age of 44. Most of his work, largely written between 1952 and his death in 1957, was published posthumously. The collection entitled Jonah was published in 1962, edited by Dadelsen’s friend François Duchêne, a literary critic and colleague working with Jean Monnet, with a preface by the poet Henri Thomas. Goethe in Alsace, another collection of poems and essays, accompanied by reflections on Dadelsen by his contemporaries, was published in 1982. His complete poems (excepting juvenilia) were published in the Poésie Gallimard series in 2005.

One can see Dadelsen as an heir of Apollinaire; one can also see the influence of his English years and of Auden and MacNeice (who was probably a colleague at the BBC). The literary critical writing he did is on the German Romantics. His work is admired by contemporary French poets like Kaddour, Goffette and Jacques Darras—who, citing him recently in a discussion of Apollinaire, made a connection I had thought of myself, between the work of Dadelsen and that of the Romanian-French poet Benjamin Fondane, who lived and wrote in Paris, and died at Auschwitz. Free of schools, cliques and manifestoes, Dadelsen (like Fondane) draws on the poetic traditions of at least three languages, writes as a man open to, and subjected to, history on the public and the private scale.