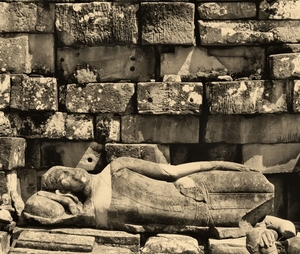 Hester Knibbe’s poetry is grounded in classical themes and situations, but with a twist. Rather than dwelling on the eternal, Knibbe works with the ephemeral, attempting to extend it, at least for the length of a poem. Throughout her work she has cast and recast grief, often drawing connections between ages and cultures. Grief is unfortunately a familiar source for her, and she has written movingly of the death of her son. In the world of Hester Knibbe’s poems there is an embrace of the fact that things are not always what they seem, and an attempt to embody it. Her poems might juxtapose the emblems of permanence with transience, or with simple human pettiness, as another reminder of the inescapable fragility of human life. In much of her work there is an attempt to reform time, to establish continuity and communication between the quick and the dead, and to explore a more fluid awareness of time than we typically allow ourselves.

The spare, precise images in Hester Knibbe’s poems are what first drew me to her work. Their reserved, stoical tone was offset by a richness of sound, with mingled vocabularies, wordplay and nuanced repetition. Something else I discovered was the surprising turns to be found in her work: simple, declarative phrases might be undermined by a sharp narrative turn, or by a shift in perspective that reveals altogether different circumstances. There might be a sudden eruption of violence, or a threat of violence that is dispelled but hums along beneath the poem, keeping it off-balance. There were openly false statements, lies that gave way to truths. There was often a little something indigestible in the poems, something to puzzle over, and this was what led me to begin translating them.

Knibbe’s reticence is contemplative rather than stubborn; actions are observed rather than explained. Repetition of the quotidian often features in her poems, as if a story is being repeated to be made to come true, or as if events are being retraced to be undone. Time is always slipping past, and change is both constant and inescapable. It is the threat of change, the moment of change, the consequences of change that Hester Knibbe tries to grasp and shape in her poetry. Additionally, there is an identification with things that are ruined or damaged or misunderstood—whether a mute statue or the human wrack left after the Flood. The bewilderment that is expressed in many of Hester Knibbe’s poems allows both the poet and the reader a chance to stall, to hover at the borderline between life and death, which are two sides, two halves—two illusions, perhaps.