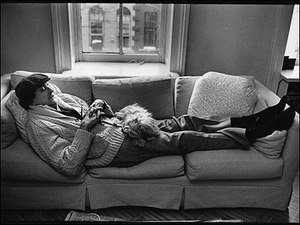 Weary’s father once gave Weary’s mother a Spanish thumbscrew in working condition—for a kitchen paperweight. Another time he gave her a table lamp whose base was a model one foot high of the famous “Iron Maiden of Nuremberg.” The real Iron Maiden was a medieval torture instrument, a sort of boiler which was shaped like a woman on the outside—and lined with spikes. The front of the woman was composed of two hinged doors. The idea was to put a criminal inside and then close the doors slowly. There were two special spikes where his eyes would be. There was a drain in the bottom to let out all the blood.
And so it goes.

In the years since Slaughterhouse-Five was first published in 1969, it has become part of the world’s consciousness. The book explores fate, free will, and the illogical nature of human beings. Its sensibility is a direct descendant of that of Mark Twain, who, like Vonnegut, used humor to deal with the world’s horrors. Vonnegut was anti-war, anti-religion, anti-hypocrisy, anti-the-glamorizing-of-war, and was specifically opposed to the bombing of Dresden, a city which was not supposed to be bombed because of its art and architectural treasures. This was one of Vonnegut’s many paradoxes. Art was sufficient to protect a city from being bombed—but the loss of human life was not important enough. In fact, the destruction of people was the point and purpose of war.

Throughout the novel, Vonnegut punctuates each horror with the words, “And so it goes.” Nothing protects the Billy Pilgrims of the world from brutality. Innocence is no protection. However, brutality is not found only during war. Brutality is found throughout everyday peacetime. There is no escaping. That is the meaning of Vonnegut’s famous refrain. There is no help, no solution, and no protection, not for the people of Dresden and not for the people of Hiroshima, not for anyone. That’s the way it goes. This phrase appears 106 times throughout the novel.

It is the story of an ordinary, peaceful man, Billy Pilgrim, who is caught in the violence of World War II. The tone of the book is ironic. Edgar Derby, a decent man, who was a high school English teacher in peacetime, is the only American soldier to be court-martialed for stealing a teapot, which he found in the rubble. Logic and literature play no role in this story. A teapot! In the midst of murder and the deaths of millions!

So why is this one of our banned books? It makes fun of many sacred cows in our society. It forces the reader to reconsider society’s mores. Its treatment reminds us of the treatment of other satirists of the status quo. Lenny Bruce, for instance, a humorist in the tradition of Mark Twain, was persecuted for saying “Did you come?” onstage. Slaughterhouse-Five punctures war, hypocrisy, and what is usually considered orthodox in politics. Vonnegut ridicules everything that the ordinary American family believes in, including heaven, hell, religion and sin. And the wonder of this work is that it always makes us laugh. There is always laughter and tears behind the grisly brutalities of the world.

The banning of Slaughterhouse-Five continues. In 2011 it was banned at a high school in Missouri. It has been taken off library shelves. It is the sixty-seventh entry in the ALA’s list of the Most Frequently Challenged Books of 1990-1999. And so it goes!