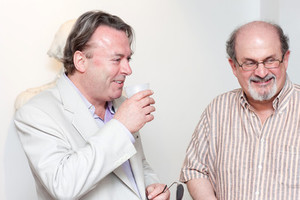 Christopher Hitchens speaks on Crucibles: Past and Present followed by a conversation with PEN World Voices Festival Chair, Salman Rushdie.

Hitchens is a contributing editor to Vanity Fair and a visiting professor of liberal studies at the New School. He is the author of numerous books, including works on Thomas Jefferson, Thomas Paine, George Orwell, Mother Teresa, Bill and Hillary Clinton, Henry Kissinger, and his No. 1 New York Times and National Book Award nominee , God Is Not Great. His next book, Hitch-22: A Memoir, will be released this June.