This piece was performed at the 2015 World Voices Festival event “Prayer and Meditation,” for which writers and artists were asked to write an original prayer for our time and read it live onstage.

Object Songs (2014) is a collaboration with illustrator and author Maira Kalman, a longtime friend and source of constant inspiration and delight. These songs are a response to a room Maira curated in New York’s Cooper Hewitt Museum, as well as two books she wrote about the objects she chose to be in the room. The emotional centerpiece of the room is Abraham Lincoln’s funeral shroud, as well as his pocket watch, which was made to tick again in 2014. That ticking is behind the first song, which urges us: “take your time.” The second song, about a shoe, urges us, quickly, “go out and walk.” The third song is a slow meditation about spoons and the emotional possibilities of soup. The fourth, fifth, and sixth songs (performed without pause) go back to the written word: the text for the fourth is gibberish, abstractly derived from an almost illegibly complicated calligraphic page written by Jan Van de Velde in 1605. The fifth is from an anonymous needlework sampler, saying, “Amor nos une” (love unites us), and is sung unaccompanied. The sixth song sets Maira’s text—found in her book My Favorite Things—about the power of objects and rooms in our memories and in our sense of ourselves.

Performance Note: These songs were originally performed in the Music Room in Cooper Hewitt Museum. They are designed to be entirely unamplified. However, it is recommended that the ensemble sources the sound of an antique watch ticking for the first song, which should be faded up and faded out by the singer in a convincingly dramatic fashion. The make and model of the watch doesn’t matter, and indeed, the musicians should make every effort to coordinate with one another, but not with the watch. 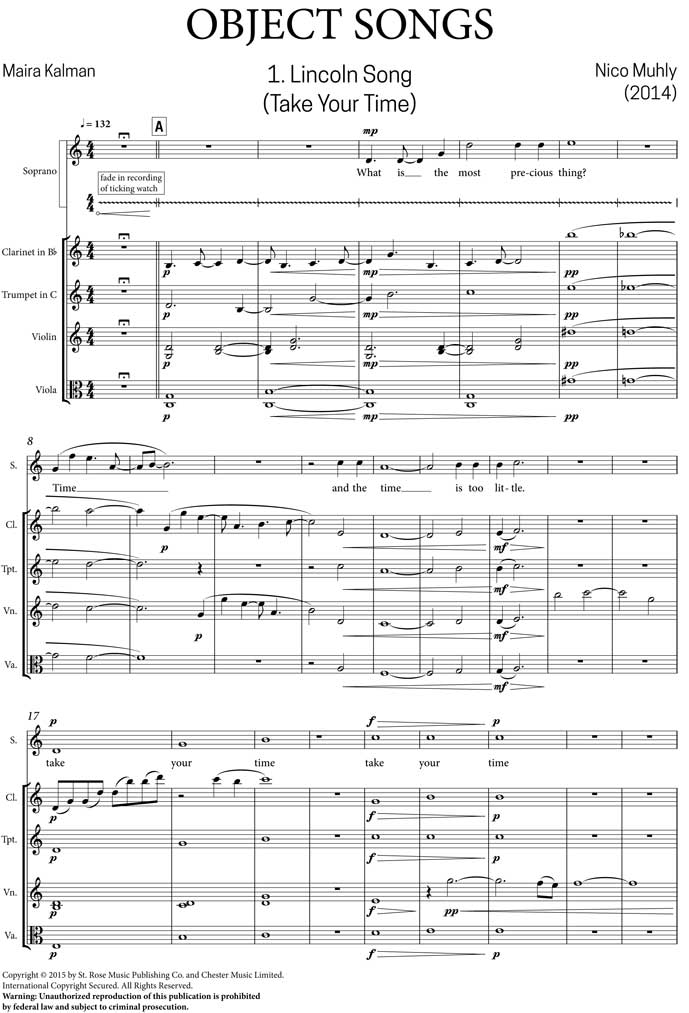 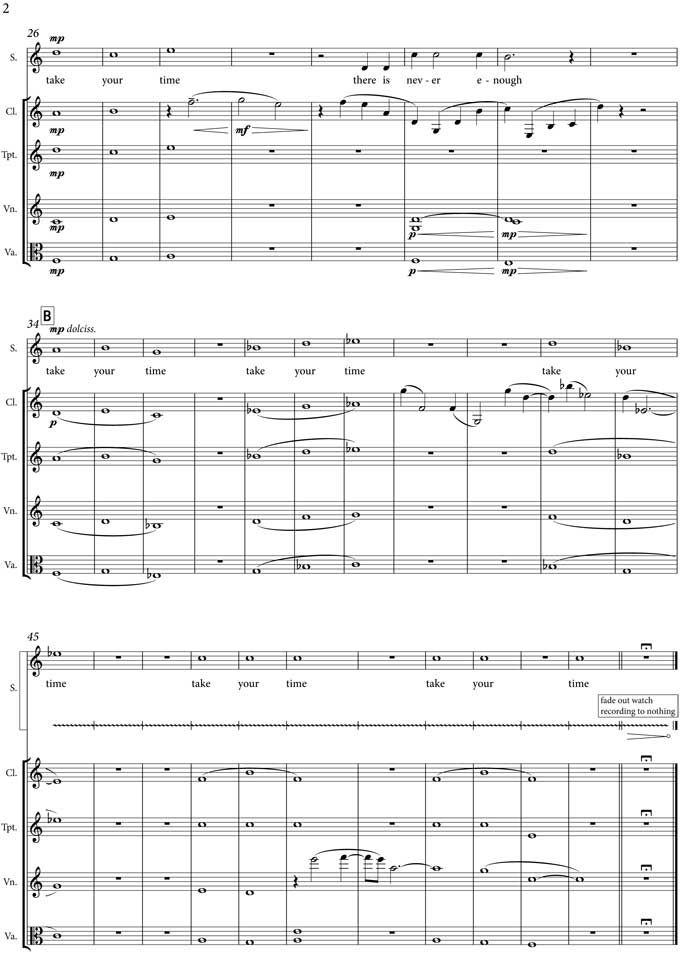 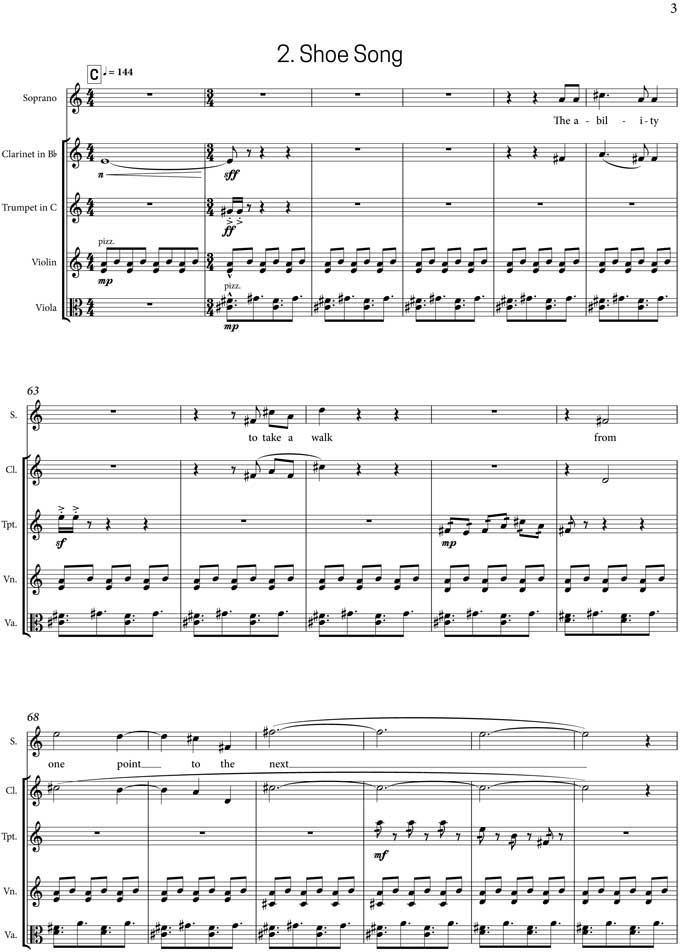 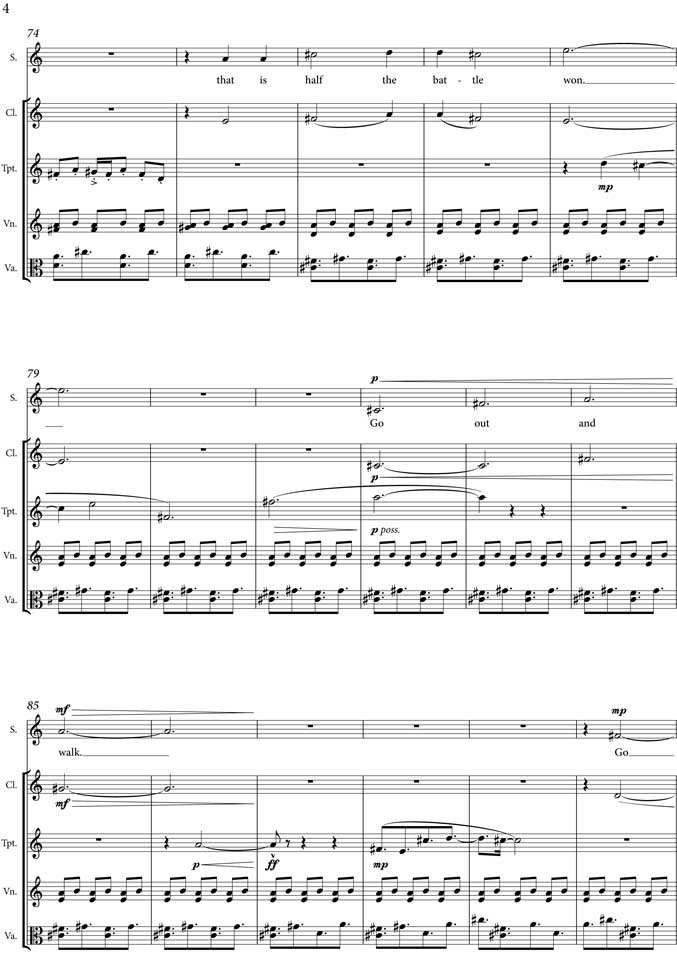 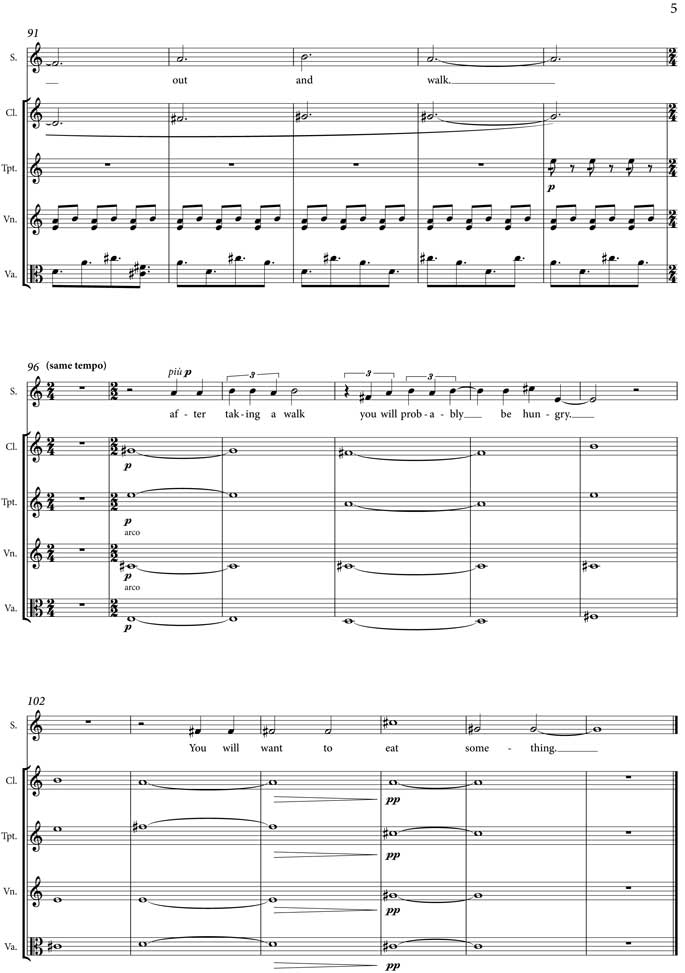 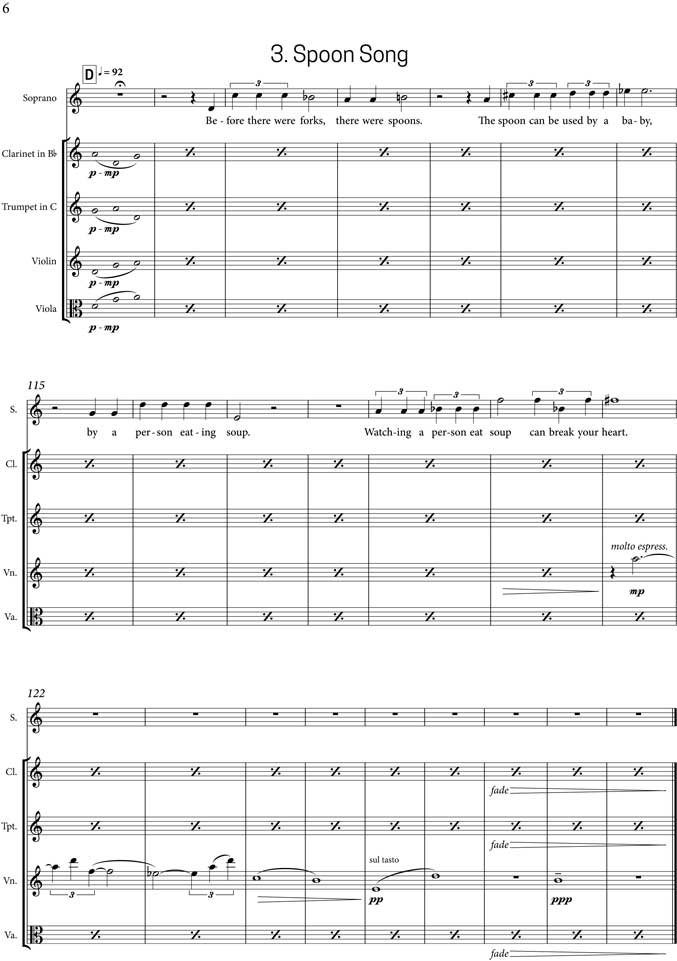 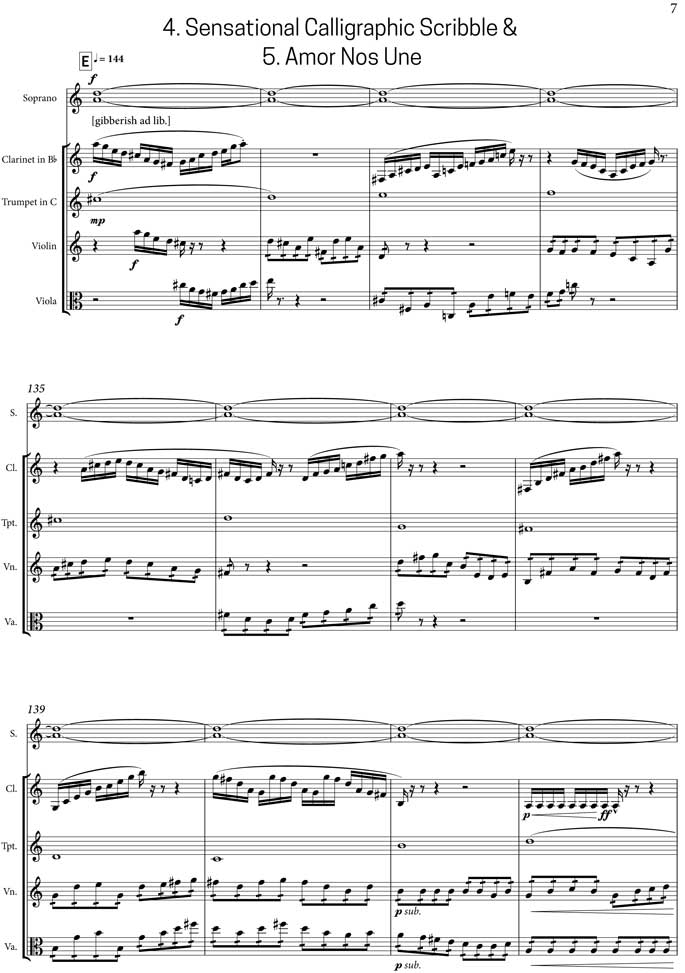 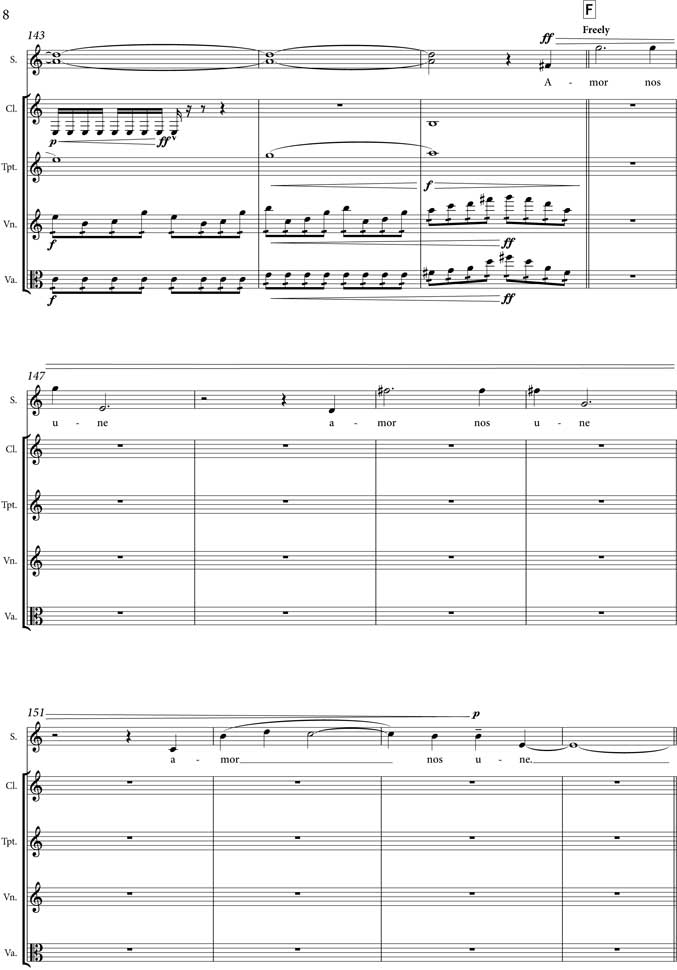 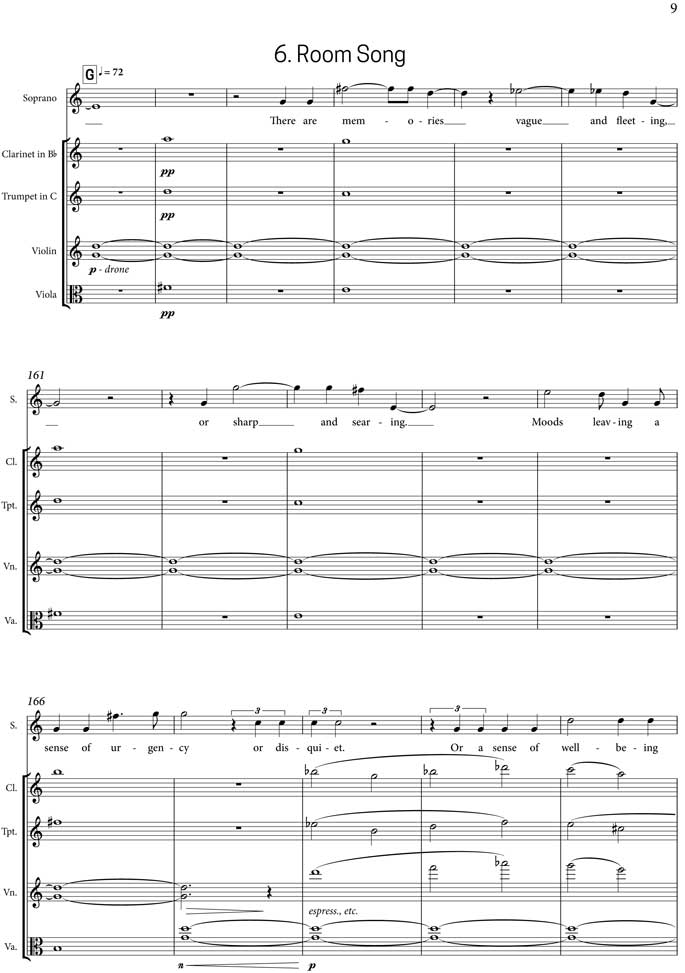 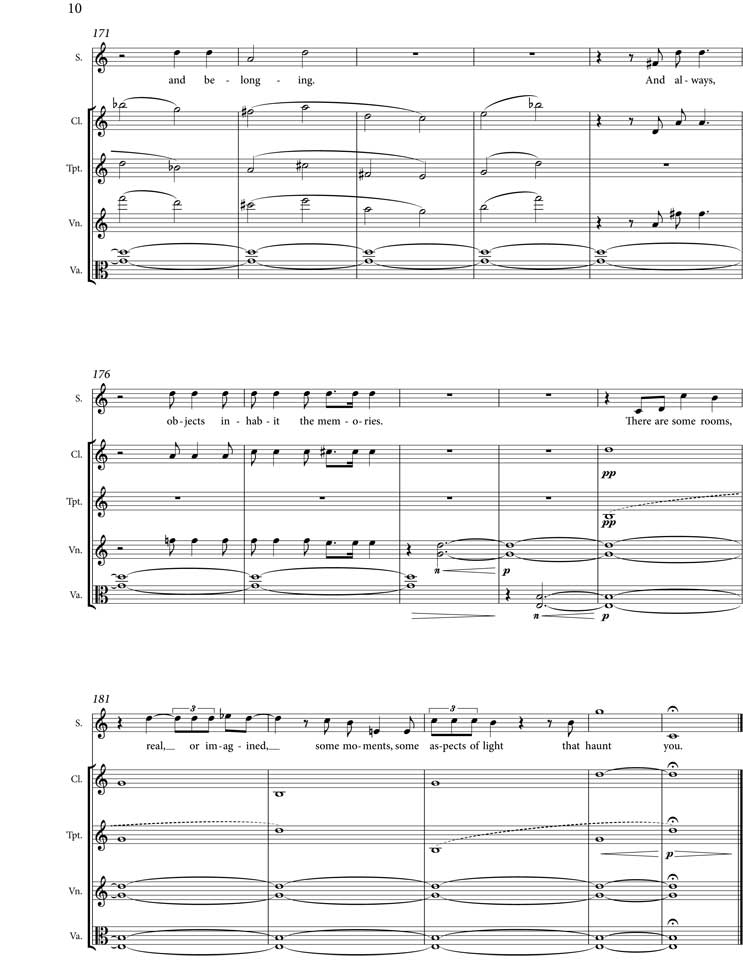