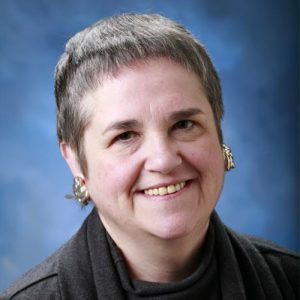 Photo courtesy of the Society of Professional Journalists

Selected Remembrances:
“If there was an activity for journalists in Pittsburgh, it seems like Ginny was always involved with it. To me, someone who grew up knowing I wanted to be a journalist and seeing someone so committed to the profession, it was something I always respected and admired.”
—Raymond “Bernie” Ankney, Dean, Point Park University’s School of Communication [Pittsburgh Post-Gazette]

“I don’t know as many people who are as ardent and passionate about their chosen careers as she was. I think the best way we can honor her is to rededicate ourselves to that work.”
—Helen Fallon, Journalism Professor, Point Park University [Pittsburgh Tribune-Review]

“As a past president, her continued support of the club, its mission and scholarship was very meaningful. . . She will be greatly missed by all of us.”
—Stacey Federoff, President, Women’s Press Club of Pittsburgh [Pittsburgh Post-Gazette]

“She was smart. She was very news-oriented, a news hound. She was into history. She was fun. She had a really good memory for things. We’re just going to miss her.”
—Eva Frizzi, sister of Ginny Frizzi [Pittsburgh Post-Gazette]

“It’s like Ginny has always been there with us, as friends and [in] all the circles we’ve walked in and traveled in throughout Pittsburgh. No matter where all of us have been, Ginny was part of all of that.”
—Rosemary Martinelli, Secretary, Press Club of Western Pennsylvania [Pittsburgh Post-Gazette]

“Ginny, for all of her dedication and hard work, was an unassuming person. Ginny was the person who. . . made things happen, but she wouldn’t seek or step into the spotlight. She was that person you turned to when important things needed to get done and recruited and inspired people to get things done.”
—Bob Mayo, Reporter, WTAE-TV [Pittsburgh Post-Gazette]

“You couldn’t attend a journalism event in the city without Ginny being there or being involved in the planning and execution. Her passing leaves a huge void in our community.”
—Richard Monti, Media Consultant, Trib Total Media [Pittsburgh Tribune-Review]

“She was always in the leadership somewhere. If she said she could help with something, you knew that was a person you could count on. She always followed through and showed a lot of leadership in every organization she was a part of. She was really devoted to supporting journalism and journalists.”
—Maggie Patterson, Acting President, The Pittsburgh Chapter of the Society of Professional Journalists [Pittsburgh Post-Gazette]

“When it comes to listing classic American musicals, ‘The Fantasticks’ is bound to be included for at least one reason, it is the longest-running production in the American theater, having opened at the Sullivan Theater in Greenwich Village in 1960.”

“‘There’s a Country in my Cellar,’ the latest collection of his New York Times ‘Observer’ columns, is a gem.”

“‘The Great Alone’ takes look at Alaska’s forgotten past” The Pittsburgh Press, August 3, 1986.

“When most Americans think of how their country was settled, many visions spring to mind — the Pilgrims’ landing at Plymouth Rock, the Lewis and Clark expedition, the 1849 Gold Rush or the Sooners rushing onto the Oklahoma plains.

“Few, if any, are likely to think of the Russians who settled in Alaska and, eventually, portions of northern California.”

“Novelist offers a bit of Americana” The Pittsburgh Press, March 2, 1985.

“Love, change and growing up are common themes contained in many novels.

“In ‘Cold Sassy Tree,’ such themes are present but explored in an uncommonly delightful — and memorable — way.”

“It’s often been observed that a person should be careful of what he wishes for, since that wish might be granted. And if he doesn’t really understand or appreciate the essence of his wish, he might as well not possess it all.

“This bit of philosophy pretty well sums up the life of Richard Durgin, the mian character of ‘Lusts,’ a novel by Clark Blaise.”