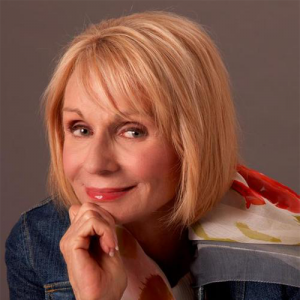 Selected Remembrances:
“Everybody would say that’s Eleanor Schano, and one day I said, ‘No, that’s my mom.’ To me, she was just ‘Mom.’. . . She was my best friend, she was my confidante, she was my motivator, my inspirer. She guided me through my life, and I will miss her terribly.”
—Lorie Berrick, daughter of Eleanor Schano [WTAE]

“She encountered people who saw this beautiful woman who was a model who dared to sit down and talk to presidents and leaders in the community. She never stopped being what she was: A broadcaster to the core, a journalist who understood the core values she believed in. . . She was smart, she was sharp and she knew what she was doing in that role as an interviewer. Being a producer with her was so exciting because you didn’t have to feed her a whole lot of stuff. She had a knowledge base that was endless and she knew how to interview other people about complex stories. She cared about telling accurate stories and helping people be heard and I think that’s all a reflection of how grounded and real she really was.”
—Gina Catanzarite, former producer who produced some of Eleanor Schano’s programs and co-author of Schano’s memoir, Riding the (Air) Waves [Pittsburgh Tribune-Review]

“Pittsburgh lost a pioneer & trailblazer today with the passing of Eleanor Schano. I was fortunate to know her and I saw her love for Pittsburgh come through. At a time when no women were delivering the news to us blazed that path that so many followed over the years.”
—Rich Fitzgerald, County Executive, Allegheny County, PA [Twitter]

“Her contributions to Pittsburgh TV cannot be overstated. She had a presence when she walked into a room. Everybody just looked up. She was intelligent, she had that smooth, resonant voice; she was classy and glamorous all at the same time. . . One of the best things about her, she really embraced the younger women in television. We weren’t competitors to her. She was so glad we were there to take over as the next generation. She was excited to hear about what you were doing with your life and where you were with your career. You could tell it was a sense of pride for her because she’d broken the glass ceiling for the rest of us women who followed.”
—Sheila Hyland, media consultant at FosterHyland & Associates and former anchor at WPGH-TV [Pittsburgh Tribune-Review]

“Any of us women who worked in television news in Pittsburgh owe her a great deal of gratitude. The people who go before you can make or break whether you’re going to be accepted. Eleanor was a lady from the very beginning to the very end.”
—Mary Robb Jackson, former reporter, KDKA-TV [Pittsburgh Tribune-Review]

“She had a long list of firsts in the broadcasting journalism industry. Sixty-two years ago, in 1958, through this very door and down the hallways here at WTAE, Eleanor Schano became the first female reporter paving the way for the rest of us. Challenging stereotypes, breaking down barriers, shattering the glass ceiling, however you want to describe it, Eleanor Schano did it. . . In the then male-dominated field of television, Schano fought her way in, and she climbed, climbed, and climbed, becoming the first female news reporter, the first woman in the country to become a solo anchor of a major primetime show; showcasing her intelligence, her poise, her grace, her love for the industry; reinventing herself time and time again for nearly 60 years.”
—Elena LaQuatra, Reporter, WTAE [WTAE]

“She was one of the few women in the early years of television paving the way for generations of women who became a part of an industry considered to be ‘a man’s world.’”
—Eric O’Brien, Creator, PBRTV.com [PBRTV.com]

“In the male-dominated world of broadcast news in the 1950s and ’60s, Eleanor Schano became the first woman to solo as a television news anchor in Pittsburgh. It was only one of several television firsts for her in a six-decade career. . .

“In a steadfastly sexist profession, Ms. Schano repeatedly defied conventional wisdom about a woman’s role in television journalism. Having been warned, for example, that she would never hold a prime anchor position if she got pregnant, she had three children over the course of her career, hiding her pregnancy each time and getting back to work after just two weeks’ time off.”
—Glenn Rifkin, Contributing Writer, The New York Times [The New York Times]

“Eleanor was always prepared, well turned out and as perfect possible. Also, very smart, usually much smarter than her male coworkers. Not a dumb blonde by any means. She also wrote very well and was fearless.”
—Robert Yuna, former producer, WPXI [Pittsburgh Tribune-Review]