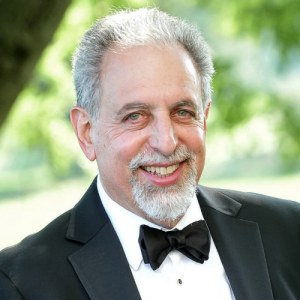 Selected Remembrances:
“He was one of Metro’s stars in the 1980s and 1990s, a big writer in a big, hugely competitive era for New York City news.”
—Dean Baquet, Executive Editor, The New York Times [Buzzfeed News]

“He was kind of like this embodiment of all New York governance. He would know all about rent stabilization, he would know about the budget — the city budget — he would know about the MTA, you know, all these bits and pieces of everyday municipal life that when put together explain how we navigate the world, you know what I mean? And he was that guy. Not everyone has that kind of expertise in any one of these subjects, but he had a kind of expertise of the entire mechanism that is New York City.”
—Dan Barry, Reporter and Columnist, The New York Times [Buzzfeed News]

“A career journalist who believed deeply in the power of the written word and the urgency of truth, my father was in many ways the consummate twentieth century newspaperman.

“He operated, in both his work and personal life, with a remarkable and unshakable allegiance to the stylistic and ethical standards that defined him.

“He lived with an uncommon integrity, a sharp wit, and an abiding love for his friends and family.”
—Jason Finder, son of Alan Finder [Facebook]

“I hope he knew how well regarded and well respected he was by so many colleagues, and how many people felt really strongly about him. His reach was much further and wider than his family really realized.”
—Lauren Drucker, daughter of Alan Finder [Buzzfeed News]

“He had Nana’s integrity and commitment to his family; Papa’s warmth and humor. I cannot imagine life without him. . . Our world, the world will be so much less rich without him.”
—Michael Finder, brother of Alan Finder [Facebook, featured in Buzzfeed News]

“There was never a room that he walked into where people weren’t happy to see him. There was never a story he touched as an editor that people didn’t feel got made better because of his input and as a presence he was just a special magnificent human being.”
—Martin Gottlieb, Assistant Managing Editor, Investigations, Newsday [Spectrum News NY1]

“He understood who pulled the wheels of power and how these people intersected—and could explain it all to the average reader and make it interesting. He treated editors as equals or better, even though he didn’t really need any help.”
—Joan Nassivera, Editor, The New York Times [TIME]

“Alan was asked to take on a huge, somewhat controversial project with reporters he didn’t know, and he handled it with extraordinary aplomb. We all came to appreciate his intelligence, his journalistic smarts and his sense of humor. He really didn’t let much rattle him, even the long commute he made from New Jersey to get to Long Island.”
—Sandra Peddie, Special Writer, Investigations, Newsday [Newsday]

“In an often frenetic profession, he found the time to mentor colleagues, maintained a sardonic — but never cynical — sense of humor, and managed to vitalize what in lesser hands might have been benumbing explications of why property tax assessments, revisions of the City Charter and affirmative action goals in granting municipal contracts were relevant to average readers.”
—Sam Roberts, Obituaries Reporter, The New York Times [The New York Times]

“Alan, who retired a few years ago, was a terrific reporter, a calming presence and, as anyone who knew him will attest, one of the menschiest guys around.”
—Kevin Sack, Investigative/Narrative Projects Reporter, The New York Times [Twitter]

“On campuses nationwide, professors and administrators have passionately debated whether their universities should accept money for research from tobacco companies. But not at Virginia Commonwealth University, a public institution in Richmond, Va.”

“(A) is the correct choice. You’re absolutely convinced of it. But (C) is correct, too. You’re sure. Or imagine this horror: checking your answer sheet, you realize you skipped a line, throwing off subsequent answers. Both possibilities  an ambiguous question and “mis-gridding”  could be cause to challenge the results of your college entrance exam.”

“The recognition that families associate price with quality, and that a tuition increase, accompanied by discounts, can lure more applicants and revenue, has helped produce an economy in academe something like that in the health care system, with prices rising faster than inflation but with many consumers paying less than full price.”

“The scenes may sound like Jacob Riis’s descriptions of squalid New York City garment factories a century ago, but they are strikingly contemporary. Sweatshops still exist in New York, 104 years after Riis first chronicled dangerous physical conditions and exploitive labor practices in apparel factories on the Lower East Side of Manhattan.”

“New York City’s ambitious effort to steer more city contracts to companies owned by women or minorities has been marred by faulty bookkeeping and the use of companies whose real control is unclear, an analysis of scores of contracts shows.”