I Shall Persevere! A Letter from Kality Prison 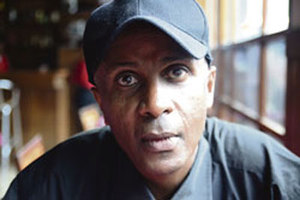 On May 2, one day before Press Freedom Day, an Ethiopian court rejected journalist Eskinder Nega‘s appeal and upheld his 18-year sentence on trumped-up terror charges. Eskinder, who last year was awarded the 2012 PEN/Barbara Goldsmith Freedom to Write Award, was arrested on September 14, 2011, after he published a column questioning the government’s claim that a number of journalists it had detained were suspected terrorists, and for criticizing the arrest of well-known Ethiopian actor and government critic Debebe Eshetu on terror charges earlier that week. It was at least the seventh time he had been detained under Prime Minister Meles Zenawi for his biting columns. After a drawn-out trial, on June 27, 2012, Eskinder was found guilty of the charges against him, and on July 13, 2012, he was sentenced to 18 years in prison. You can learn more about him by watching this video.

Following his failed appeal, Eskinder penned a letter from Kality Prison in Addis Ababa, which was smuggled out and came to us earlier this week. Read it and then take action by sending a letter calling for his release.

So that I may do the deed
That my soul has to itself decreed.

Individuals can be penalized, made to suffer (oh, how I miss my child) and even killed. But democracy is a destiny of humanity which cannot be averted. It can be delayed but not defeated.

No less significant, absent trials and tribulations, democracy would be devoid of the soul that endows it with character and vitality. I accept my fate, even embrace it as serendipitous. I sleep in peace, even if only in the company of lice, behind bars. The same could not be said of my incarcerator though they sleep in warm beds, next to their wives, in their home.

The government has been able to lie in a court of law effortlessly as a function of the moral paucity of our politics. All the great crimes of history, lest we forget, have their genesis in the moral wilderness of their times.

The mundane details of the case offer nothing substantive but what Christopher Hitchens once described as “a vortex of irrationality and nastiness.” Suffice to say, that this is Ethiopia’s Dreyfus Affair. Only this time, the despondency of withering tyranny, not smutty bigotry, is at play.

Martin Amis wrote, quoting Alexander Solzhenitsyn, that Stalinism (in the 30s) tortured you not to force you to reveal a secret, but to collude you in a fiction. This is also the basic rationale of the unfolding human rights crisis in Ethiopia. And the same 30s bravado that show-trials can somehow vindicate banal injustice pervades official thinking—wont to unlearn from history, we aptly repeat even its most brazen mistakes.

Why should the rest of the world care? Horace said it best: mutate nomine detefabula narrator. “Change only the name and this story is also about you.” Whenever justice suffers our common humanity suffers, too.

I will live to see the light at the end of the tunnel. It may or may not be a long wait. Whichever way events may go, I shall persevere!