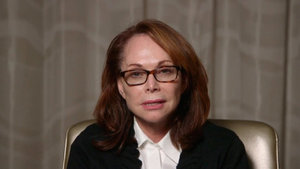 The mother of freelance reporter Steven Sotloff made a personal appeal Wednesday to the head of Islamic State militants, Abu Bakr al-Baghdadi, to secure the release of her son, who disappeared in Syria in August 2013. Shirley Sotloff, speaking in a video carried by Saudi-owned broadcaster Al-Arabiya, said “I want what every mother wants, to live to see her children’s children […] I plead with you to grant me this.” Islamic State militants paraded Sotloff in the video that showed freelancer James Foley’s murder, warning that he would share Foley’s fate unless the US stopped bombing their forces in Iraq. The Soufan Group praised Sotloff’s video as brilliant, noting “The way that translates in Arabic is really powerful.”

A new study from the Pew Research Center and scholars at Rutgers University finds that people are more hesitant to discuss government surveillance on social media than in other arenas, like at a family dinner or at work. The findings indicate people are “more likely to share their thoughts online if they were confident that their friends agreed with them,” which the researchers suggest may be a worrying sign for democracy, which requires people to discuss and debate their differences of opinion.

PEN American Center moved to protect free speech online this week, signing on to an amicus brief in Elonis v. U.S., which the Supreme Court will consider in its next term. The case raises the question of how to determine whether a statement made online constitutes a “true threat.” The amicus brief, filed by the Student Press Law Center, the Electronic Freedom Foundation, and PEN, argues that the government must prove a person actually intended to make a threat in order to prosecute that individual for threatening speech.

PEN American Center has also signed on to an appeal against the planned enforcement, for the first time on September 2, of a draconian Mubarak-era association law in Egypt. Under the law, the government can dissolve any Egyptian or international NGO virtually at will, freeze its assets, confiscate its property, reject nominees to its governing board, block its funding, or deny requests to affiliate with international organizations, without any judicial review.

Writing for the Huffington Post, T.A. Ridout discusses the impact of the current era of mass surveillance and corporate data collection—which he dubs “life on the record”—on creativity and the work of writers and artists. In the piece, he speaks of the creative process of drafting, sharing, and reframing of ideas by writers, arguing that modern surveillance technologies and computer security flaws create “opportunities to intimidate, manipulate, or halt the creative process, even to watch ideas evolve in real time and intervene to alter their course.” Referring to the increasing sophistication of related technologies he argues: “The American climate of fear about terrorism has combined with this technological shift into a potent mix that stifles debate and free expression.”

Police in Tacoma, Washington, have been using surveillance equipment to gather cellphone call records, text messages, and data transfers for the past six years, local newspaper the News Tribune reports. The device, known as the Stingray, can gather information from up to half a mile away by fooling phones into thinking it is a cellphone tower, and is small enough to fit in police squad cars. City Council members, local lawyers, and judges were reportedly unaware that police had been using the device.