Voices of Ukraine: Readings in Support of Ukraine 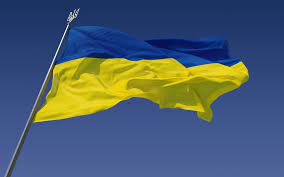 As Ukraine faces a fight the likes of which it hasn’t seen since WWII, writers across the US joined by their Ukrainian colleagues will read in solidarity with all Ukrainian people. Paul Auster, Siri Hustvedt, Jennifer Haigh, Richard Ford, Ha Jin, Carolyn Forche and others will be accompanied by Ukrainian authors including Serhiy Zhadan, Victoria Amelina, Halyna Kruk, and Ostap Slyvynsky. Julia Fiedorczuk will join from Poland. The reading is organized in cooperation with Askold Melnyczuk, Jennifer Haigh, and Oksana Lutsyshyna. The event will last for 2 hours and will be conducted via zoom. Please register by following the link below.

Vasyl Makhno was born in Chortkiv, Ternopil oblast. He is a poet, prose writer essayist, and translator. He is the author of twelve collections of poetry. His most recent collection, A Poet, Ocean, and Fish, appeared in 2019. He has also published two book of essays: The Gertrude Stein Memorial Cultural and Recreation Park (2006) and Horn of Plenty (2011), and two plays: Coney Island (2006) and Bitch/Beach Generation (2007). Makhno translated Zbigniew Herbert’s and Janusz Szuber’s poetry from Polish into Ukrainian, and edited an anthology of young Ukrainian poets from the 1990s. His poems and essays have been translated into twenty-five languages. His books published in Israel, Poland, Romania, Serbia and USA. His poems and essays appeared in English in Absinthe, Agni, Consequences, Post Road, Poetry International, and others. Two poetry collections, Thread and Other New York Poems (2009) and Winter Letters (2011), were published in English translation. He is the 2013 recipient of Serbia’s Povele Morave Prize in Poetry, BBC Book of the Year Award 2015, and Encounter 2020. Makhno lives in New York City.

Oksana Zabuzhko is a poet, prose writer, essayist, and scholar. Her works translated into English include a collection of poems and essays, A Kingdom of Fallen Statues, as well as the novels Field Work in Ukrainian Sex and The Museum of Abandoned Secrets. Among her numerous acknowledgements are the Global Commitment Foundation Poetry Prize (1997), MacArthur Grant (2002), Antonovych International Foundation Prize (2008), the Ukrainian National Award, the Order of Princess Olha (2009), Angelus (2013), and many other national awards. Zabuzhko lives in Kyiv.

Ostap Slyvynsky was born in Lviv. He is a poet, translator, essayist, and literary critic. He is the author of four books of poetry. He was awarded the Antonych Literary Prize (1997), the Hubert Burda Prize for young poets from Eastern Europe (2009), and the Kovaliv Fund Prize (2013). Slyvynsky coordinated the International Literary Festical at the Publishers’ Forum in Lviv in 2006-2007. In 2016, he helped organize a series of readings titled “Literature Against Aggression” during the Forum. Slyvynsky’s translations earned him the Polish Embassy’s translation prize (2007) and the Medal for Merit to Polish Culture (2014). In 2015, he collaborated with composter Bohdan Sehin on media performance, “Preparation,” dedicated to the civilian victims of war in the East of Ukraine. Slyvynsky teaches Polish literature and literary theory at the Ivan Frank National University.

Halyna Kruk was born in Lviv. She is a poet, fiction writer, and scholar of Ukrainian medieval literature. She is the author of four books of poetry and collected some of Ukraine’s top awards for young poets. She also writes books for children and young adults. In 2003 Kruk was the recipient of the Gaude Polonia Fellowship from the Polish Ministry of Culture. She teaches literature at the Ivan Franko National University. She was awarded the prestigious Litakcent Prize in 2021 for her book of short stories.

Iryna Shuvalova is a poet and translator. She holds an MA degree in Comparative Literature from Dartmouth Colleges and a PhD from the Slavic Department at Cambridge University. She published three collections of poetry Ran (2011), Os (2014), and Az (2014), and co-edited the first anthology of queer writing in Ukraine 120 Pages of Sodom (2009). She is the recipient of Lviv City of Literature UNESCO Prize of 2021.

Yulia Musakovska is a Ukrainian poet and translator, a member of PEN Ukraine. She is the author of five poetry collections, Exhaling, Inhaling (2010), Masks (2011), Hunting the Silence (2014), Men, Women and Children (2015), and The God of Freedom (2021). Her poems have been translated into English, German, Spanish, Lithuanian, Hebrew, Polish, Bulgarian, etc. Musakovska also translates Swedish poetry into Ukrainian and contemporary Ukrainian poetry into English. She is the recipient of numerous literary awards in Ukraine, including Krok Publishing House’s DICTUM Prize, the Smoloskyp Poetry Award, the Ostroh Academy Vytoky Award, the Bohdan Antonych Prize, and the Hranoslov Award.

Lyuba Yakimchuk was born in the Luhansk region. She graduated from the Taras Shevchenko National University of Luhansk and Kyiv-Mohyla Academy. Yakimchuk is the author of poetry books Like FASHION (2009) and Apricots of Donbas (2015). She has received multiple Ukrainian and international literary awards.

Serhiy Zhadan was born in the Luhansk Region of Ukraine and educated in Kharkiv, where he lives today. He is the most popular poet of the post-independence generation in Ukraine and the author of twelve books of poetry that have earned him numerous national and European awards. His prose works include Big Mac (2003), Depeche Mode (2004), Anarchy in the UKR (2005), Hymn of the Democratic Youth (2006), Voroshilovgrad (2010), Mesopotamia (2014) and The Orphanage (2017). Zhadan’s books have been translated into English, German, French, Italian, Swedish, Norwegian, Polish, Czech, Hungarian, Belarusian, Lithuanian, Latvian, and Russian. He is the front man for the band Zhadan and the Dogs and has often collaborated with Yara Arts Group, most recently on the theatre piece 1917-2017: Tychyna, Zhadan & the Dogs.

Victoria Amelina was born in Lviv, where she resides. She is a Ukrainian novelist and author of children’s books. After a successful career in the IT industry, she decided to dedicate herself to writing. She is the recipient of the prestigious Joseph Conrad Award (2021). Her writings have been translated into Polish, Czech, Dutch, English, and German. She is also a prominent social activist, and the organizer of the New York Festival, held in the Ukrainian town of New York, located in the Donetsk region. She is a member of Ukrainian PEN.