Free Speech Live!: Artistic Freedom in Cameroon: The Story and Music of Valsero 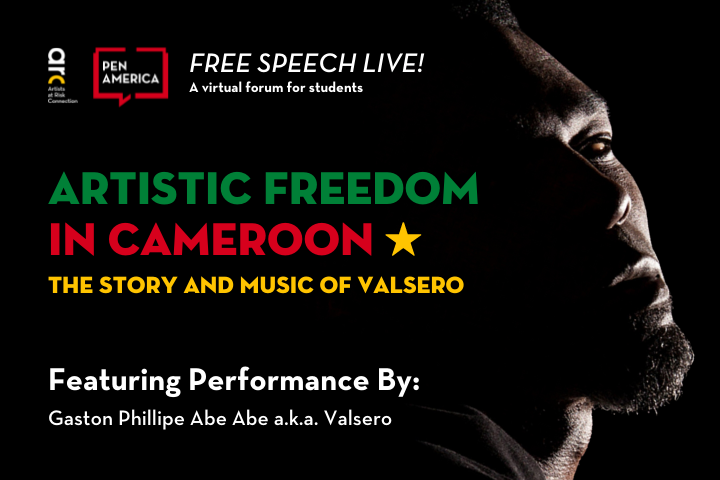 For many countries overcoming the harrowing legacies of colonialism, the challenges of nation-building have often led to authoritarian tendencies, corruption, and assaults on free expression among other human rights violations. This has especially been the case in Cameroon, where activists and artists have spoken out to advocate for democratic reform despite President Paul Biya’s firm grip on political power, and the government’s persistent and violent crackdowns on Anglophone separatists. In a country facing such severe political and humanitarian challenges, what is it like to be a popular artist working under the watchful eye of the government? What happens when those in power decide to place restrictions on artistic freedom and retaliate against criticism levied against them? For Gaston Phillippe Abe Abe, a prominent rapper from Cameroon also known as Valsero, these concerns could feel no more visceral, as artists like him have had the misfortune of going from speaking truth to power through art to doing so through jail cell bars.

Join PEN America and Artists at Risk Connection (ARC) for this interactive online forum featuring a discussion with and performance by Gaston Phillipe Abe Abe, aka Valsero, a Cameroonian musician and activist formerly detained for calling out a fraudulent election with his music. High school and college alumni of PEN America’s Institutes and other students are welcome to join. 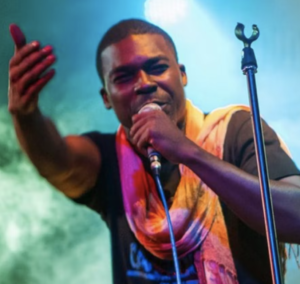 Gaston Philippe Abe Abe, popularly referred to by his stage name “Valsero,” is a Cameroonian rapper, activist, and human rights defender. Born in Yaoundé, Cameroon, he spent his early years in Marseille, France before resettling back in Yaoundé. In 1990, Valsero officially launched his music career, collaborating with musician Bachirou to form the rap group Ultimatum. One of the first groups of its kind at a time when hip-hop and rap were not taken seriously in Cameroon, Ultimatum paved the way for other hip-hop artists in the country. Valsero runs a campaign of mobilization and sensitisation of the youth with his association Jeune et Fort (Young and Strong) which promotes education to citizenship, democracy and electoral culture. In 2007 he launched the campaign “Va voter” (“Go vote”) that became in 2011 “Je vote donc j’ existe” (“I vote, I am”). In 2012 and 2013 he started a struggle against AIDS with the campaign “Je l’ai fait et toi…” (“I did it and you …”) in schools. He was arrested in January 2019 near a pro-democracy demonstration. Organizers, fans, and artists around the world, including PEN America’s Artists at Risk Connection, called for his release, believing his detention to be a direct attempt to silence a prominent critic of the ruling regime. He was finally released on October 5, 2019. He has collaborated with artists such as Manu Dibango, Fally Ipuba, Alpha Blondie, Tiken Jah, and French rappers La Fouine, Soprano, Kery James. 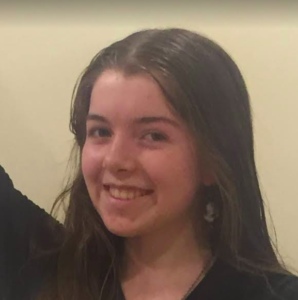 Violet Barton is a freshman at Boston University studying International Relations and Linguistics. She’s involved in a number of current projects as the Treasurer of BU’s Global Public Health Brigade, raising funds for their May trip to Panama, and as a member of the BU International Affairs Association Event Board. Previously, Violet was highly involved in Chicago arts organizations such as Urban Gateways and the Chicago Public Schools Department of Arts Education, having spoken at and helped to organize events like the 2020 and 2021 CPS/Ingenuity Virtual Arts Educators Conferences and the 2020 Urban Gateways Teen Summit. She harbors deep feelings regarding wealth inequality, international development, access to arts education, clarinet, books, and parakeets. 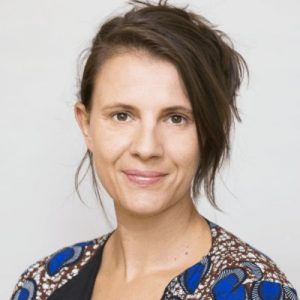 Julie Trébault is the director of PEN America’s Artists at Risk Connection project. A highly respected leader in the art world, she brings skills, experience, and a network to launch a new support system for artists at risk worldwide. Prior to joining PEN America, she served as director of public programs at the Museum of the City of New York, where she built a robust roster of panel discussions, performances, screenings, and symposia spanning New York City’s arts, culture, and history. She previously was director of public programs at the Center for Architecture. Before moving to New York, she worked at the National Museum of Ethnology in The Netherlands, where she built a network of 116 museums across the globe that shared a virtual collection of masterpieces and developed an innovative array of online and mobile applications and exhibitions to make the collection as widely accessible as possible. From 2004 until 2007, she was Head of Higher Education and Academic Events at the Musée du quai Branly (Paris), where she conceived and implemented a policy for higher education by creating an international network of universities, graduate schools, and research institutes. Trébault holds a Master’s Degree in Arts Administration from the Sorbonne University, a Master’s Degree in Archeology from the University of Strasbourg, and teaches at Fordham University. 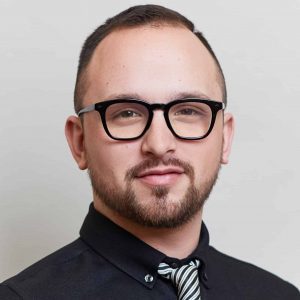 Nicholas “Niko” Perez is the manager of free expression and education at PEN America. In this role, he advances PEN America’s efforts to catalyze a more informed, civic culture through free expression education for the rising generation and the general public, and supports advocacy, analysis, and outreach in the national debate around free speech and inclusion in higher education. Perez co-directs the Free Speech Advocacy Institute and hosts Free Speech Live!, a biweekly series of youth-oriented discussions focusing on contemporary issues related to free speech, open exchange, human rights, and democracy. Perez previously worked for the Columbia University Human Rights Advocates Program and consulted for the Human Rights Education and Training section at the United Nations. 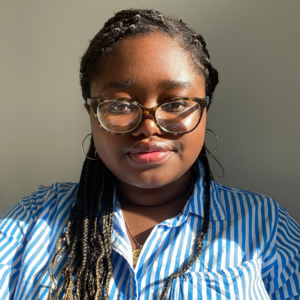 Peris Tushabe is the free expression and education program assistant at PEN America, supporting PEN America’s advocacy for free expression in educational institutions as well as the Free Speech Advocacy Institute. Tushabe was born and raised in Uganda before moving to the United States, where she attended high school and earned her bachelor’s degree from Skidmore College in political science, minoring in French language studies. Prior to joining PEN America, Tushabe interned at the Frances Young Tang Teaching Museum as a public programming assistant and worked for candidate Tedra Cobb in her campaign for the U.S. House of Representatives.