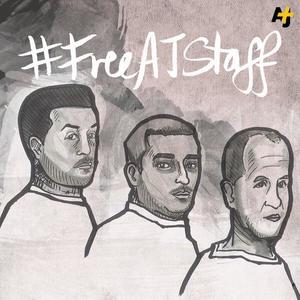 As the world marks a year since the arrest of three Al Jazeera journalists, an unprecedented wave of persecution is sharply delimiting the bounds of free speech in Egypt. The state-owned media and much of the secular independent press have rallied behind President Abdel Fattah al-Sisi, marking the return of blanket censorship, rampant self-censorship, and the muzzling of dissenting media voices. This crushing of dissent comes despite the purported protection of free expression in the 2014 Constitutional amendments, which ostensibly provide for the protection of freedom of the press, media institutions, and expression.

According to a November report by the Committee to Protect Journalists, six journalists have been killed in Egypt since the July 2013 coup and eleven are in jail as the revolutionary movement has faded, hard-won press freedoms are again curtailed, and the monitoring of online activity rises.

The latest victim of the revived cyber dragnet is Karam Zakariya, arrested on 23 December for “posting instigative comments on Facebook” after liking and commenting on an unidentified post. Zakariya is a member of the April 6 youth movement that spearheaded the revolution and has maintained its opposition to autocratic rule in the face of deepening repression. Several of its leaders have been arrested on free expression-related charges for protesting the Sisi government.

The military-backed government’s hold on free expression extends beyond suppressing political dissent. Dr. Mohamed Fatouh Mohamed Awad, who led medical workers attending to the casualties of Tahrir Square, faces jail time for debunking a farcical “cure” for HIV and Hepatitis C supported by the military. A doctor who invented the “cure,” dubbed kofta after the Egyptian meat sticks, filed slander and libel charges against Dr. Mohamed for submitting a complaint against the device to the medical ethics board and posting about it online. On Monday, an expected ruling in the case was delayed to January 27.

Like Mubarak before him, Sisi’s government mixes hardline opposition to Islamic fundamentalism with appeals to the religious sensibilities of the Egyptian population. Constitutional protections against religious insult that trump free expression remain firmly in place, with Christian Copts the usual target of arrest for alleged slights against Islam, although Judaism and Christianity are also protected under the constitution. On January 28, columnist Fatima Naoot will face trial for allegedly insulting Islam through a Facebook post in which she criticized the large-scale killing of animals during Eid Al-Adha, the Feast of the Sacrifice. “It is the price paid by those who carry torches of enlightenment at every age,” she said of the trial.

But while the situation for free expression in Egypt remains dire, Thursday’s decision by its highest court to support a retrial for Al Jazeera journalists Peter Greste, Mohamed Fahmy, and Baher Mohamed underlines that international pressure on the Egyptian authorities can still have an impact.