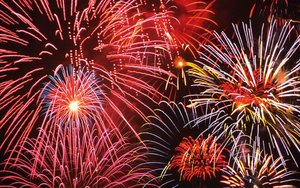 Click through to the individual awards pages below to read the judges’ citations for all books being honored in 2013. Click here to read the official press release. And congratulations to all the honorees!

PEN/John Kenneth Galbraith Award for Nonfiction ($10,000): To an author of a distinguished book of general nonfiction possessing notable literary merit and critical perspective and illuminating important contemporary issues which has been published in the United States during 2011 or 2012. Judges: Eliza Griswold, Maya Jasanoff, and Edward Mendelson.

PEN/Diamonstein-Spielvogel Award for the Art of the Essay ($10,000): For a book of essays published in 2012 that exemplifies the dignity and esteem that the essay form imparts to literature. Judges: Sven Birkerts, Robert Gottlieb, and Mark Kramer.

What Light Can Do (Ecco), Robert Hass

PEN/E.O. Wilson Literary Science Writing Award ($10,000): For a book of literary nonfiction on the subject of the physical or biological sciences published in 2012. Judges: Deborah Blum, Katherine Bouton, and Jerome Groopman.

PEN/ESPN Lifetime Achievement Award for Literary Sports Writing ($5,000): To a writer whose body of work represents an exceptional contribution to the field. Judges: David Granger, Laura Hillenbrand, and Steve Isenberg.

PEN/ESPN Award for Literary Sports Writing ($5,000): To honor a nonfiction book on the subject of sports published in 2012. Judges: Jane Leavy, William Leitch, and Ben McGrath.

PEN Open Book Award ($5,000): For an exceptional book-length work of literature by an author of color published in 2012. Judges: Cyrus Cassells, Porochista Khakpour, and Tiphanie Yanique.

PEN/Joyce Osterweil Award for Poetry ($5,000): To a new and emerging poet of any age who has not published more than one book of poetry. Judges: Henri Cole, Dorianne Laux, and Robert Wrigley.

PEN Award for Poetry in Translation ($3,000): For a book-length translation of poetry into English published in 2012. Judge: Don Mee Choi.

Molly Weigel, The Shock of the Lenders and Other Poems by Jorge Santiago Perednik (Action Books)

PEN/Nora Magid Award ($2,500): To honor a magazine editor whose high literary taste has, throughout his or her career, contributed significantly to the excellence of the publication he or she edits. Judges: Jin Auh, Robin Desser, and Anna Holmes.

Sean Cotter, Rakes of the Old Court, a novel by Romanian poet and prose writer Mateiu Caragiale (from Romanian)

Edward Gauvin, The Conductor and Other Tales, a collection of prose fiction by French screenwriter Jean Ferry (from French)

Marilyn Hacker, The Bridges of Budapest, a collection of poetry by French journalist and poet Jean-Paul de Dadelsen (from French)

Eugene Ostashevsky and Daniel Mellis, Tango with Cows, a futurist text by Russian poet and playwright Vasily Kamensky (from Russian)

Annie Tucker, Beauty Is A Wound, a novel by Indonesian writer Eka Kurniawan (from Bahasa Indonesia)

The Advisory Council is also pleased to announce that its nominee for a 2013 New York State Council on the Arts translation grant, Iza Wojciechowska, was awarded a $5,000 grant in January for her translation of Farbiarka (The Dye Girl), by the contemporary Polish poet Anna Piwkowska.

PEN will be accepting submissions for the 2014 Awards from October 1, 2013 through December 16, 2013. For a list of all 2014 PEN Awards and information about submission guidelines, please visit www.pen.org/literary-awards. For general questions about any of the awards, write to awards@pen.org. For questions about this year’s winners or runners-up, please contact Paul W. Morris, PEN’s Director of Literary Awards, Membership, & Marketing, at: paul@pen.org.