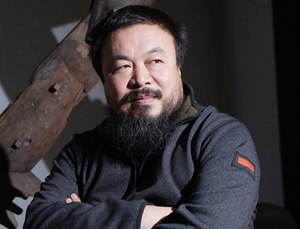 We were much relieved to learn that Ai Weiwei was released this week on bail, though we know from the experiences of others in his situation—and his brief comments to reporters seem to confirm—that he will be living for some time under surveillance, prohibited from communicating freely with his fans, his fellow citizens, or the international press; unable to exhibit art the government disfavors; and restricted from traveling when and where he wishes. As with the more than 30 others Chinese government officials have rounded up without charge or trial since February, Ai Weiwei’s detention was clearly an attempt to suppress his freedom of expression, a violation of Chinese and international law. It is worth remembering that this rights violation will only end when he is allowed to live and work and travel without intimidation, supervision, or restrictions.

It is also worth remembering that many of those who have disappeared since the beginning of the year are still being arbitrarily detained; that many of those who have been released are now living under virtual house arrest; and that some have even been physically attacked in their homes. At a hearing of the Congressional-Executive Commission on China yesterday in Washington, I met Jia Jianying, the wife of dissident writer He Depu, who was released in January after eight years in prison. Near the end of the hearing, she described for the Commission how her husband was beaten by police the moment he arrived home.

But Ai Weiwei’s release gives reason for hope: it is, as we said in our press release earlier this week, an affirmation of the power of people of conscience around the world to challenge human rights abuses. For once, it wasn’t just human rights advocates and a few courageous diplomats protesting a human rights violation, it was art museums, guerrilla artists, street protesters, and celebrated individual artists, a global wave of support that sent a clear message that freedom of expression, the freedom to create, is truly a universal value.

Our challenge now is to generate similar waves on behalf of all those who are still being detained in China.