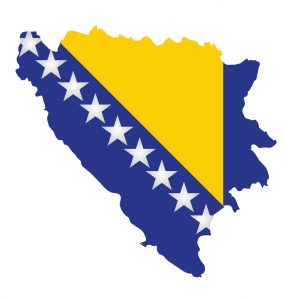 Translator Zoran Mutić fled Sarajevo during the Balkan Wars of the 1990s, just before the siege in 1992. He was a recipient of the PEN/Barbara Goldsmith Freedom to Write Award in 1993, when he was 41 years old.

Zoran Mutić is a Bosnian Muslim translator of mixed race whose works have been banned in Serbia and have frequently protested the rise of Serbian nationalism. He has translated several English-language books into Serbian, including Salman Rushdie’s Midnight’s Children; he was a prominent defender of Rushdie after the issuing of the death sentence against him in 1989.

Mutić fled Sarajevo in 1992, just before the city came under siege, for Ljubljana, Slovenia, where he stayed with fellow future-PEN/Barbara Goldsmith Freedom to Write Award winner Svetlana Slapšak, who had fled from Serbia one year earlier. Upon arriving in Slovenia, Mutić began work on an exhibition about the war in Bosnia and a book of testimonies by Bosnian refugees. He was living in Ljubljana at the time of his award in 1993.