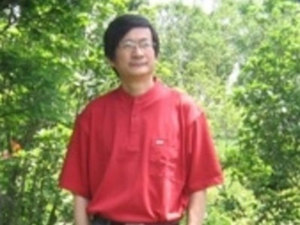 Zhang Jianhong passed away on December 31, 2010, at a hospital in Ningbo City, Zhejiang Province. He was diagnosed with muscle atrophy and amyotrophic lateral sclerosis (ALS), also known as Lou Gehrig’s Disease, a progressive degenerative disease of the central nervous system. PEN mourns his loss and sends our condolences to his family and friends.

Zhang Jianhong was released on medical parole on June 5, 2010, but remained in critical condition in the No. 2 Hospital of Ningbo City, Zhejiang Province, where he required intensive care and was dependent on a ventilator. His condition rapidly deteriorated in prison, and after his parole, was paralyzed and unable to use his hands or communicate with others.

Zhang Jianhong was a freelance writer, playwright, poet, and member of Independent Chinese PEN Center. He was a leading writer in the region and was known for his dissident activities and prolific writings. He was also a regular contributor to the overseas Chinese sites Boxun and The Epoch Times.

Zhang Jianhong’s troubles began early in his writing career. He began publishing his poems and essays when he was a university student in 1980, and in 1985, he joined the Writers Association of Zhejiang Province and became an editor of Wenxue Gang (Literature Harbor) magazine. In 1988, he was appointed the Deputy Secretary-General of the Writers Association of Ningbo City and the director of its committee for poems, essays and reportages. In 1989, he was arrested by the Public Security Bureau of Ningbo City and sentenced to three years of re-education through labor (RTL) on charges of counter-revolutionary propaganda for his support of the student-led pro-democratic movements throughout China. As a result, he was expelled from the Writers Association of Ningbo City and dismissed from all of his posts. Zhang was released after his sentence was reduced by one and a half years in 1991. He then became a freelance writer. His several TV series have been broadcast on CCTV and also sold on DVD.

Zhang was the editor-in-chief of Zhejiang Shaonian Zhuojia Bao (Zhejiang Children Writers News) for several months before he resigned to found a humanity and literature web site called Aiqinghai Net (Aegean Sea) and work as its editor-in-chief in August 2005. The web site soon became very popular among intellectuals in China but was closed by Zhejiang News and Communication authorities on March 9, 2006. He began writing and publishing his articles on various overseas Chinese web sites, including Boxun, Minzhu Luntan, Dajiyuan, Yi Bao, Guancha, and Minzhu Zhongguo until he was detained in September 2006.

According to Zhang’s wife, more than 20 police officers raided his home in Ningbo City, Zhejiang Province, on September 6, 2006. His computers were seized and his wife interrogated. On October 12, 2006, he was formally arrested and charged with “inciting subversion of state power” for his critical articles published on overseas web sites. On March 19, 2007, the Intermediate People’s Court of Ningbo City convicted Zhang of the charge and sentenced him to six years in prison and one year’s deprivation of political rights. The High People’s Court of Zhejiang Province upheld the sentence on May 21, 2007.

Zhang was diagnosed with a form of muscular dystrophy in May 2007, but did not receive any treatment until October 2007, when he was transferred from Qiaosi Prison to Zhejiang Provincial Prison Hospital. His condition continued to worsen considerably due to a prolonged lack of medical care, and repeated applications for medical parole were denied despite his declining health.