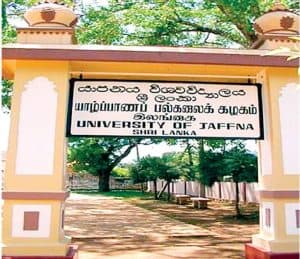 A student, Selvi was in her third year of a Theater and Dramatic Arts program at the University of Jaffna when she was abducted by the rebel Liberation Tigers of Tamil Eelam (LTTE, or Tamil Tigers) on August 30, 1991. As a poet and founder of the feminist journal Tholi, she had been critical of the LTTE’s guerrilla tactics. In 1993 the LTTE confirmed it had been detaining Selvi since her abduction, during which she received the 1992 PEN/Barbara Goldsmith Freedom to Write Award. In 1997, an LTTE spokesman declared that she had been executed.

Thiagarajah Selvanithy, known as “Selvi” to her friends, was born into a peasant family in Semamadu, a village about 80 miles south of Jaffna. She was critical of the conflict between the Sinhalese-dominated government and the LTTE, an armed rebel group which fought to create an independent state for the Tamil minority. Although the national government at the time largely respected freedom of expression, the LTTE imposed strict censorship measures on artists and journalists in the territory they controlled, and at the time of Selvi’s detention, an estimated 50 writers, artists, and playwrights were also being held in captivity.

Although no official reason was given for Selvi’s abduction, the day before it occurred she was due to appear in a play about the role of women in the Palestinian intifada. Though she never directly attacked the LTTE publicly, much of her work could have been interpreted as critical of the Tamil Tigers, as it often portrayed the roles of women in conflict situations. She was also a prominent member of “Poorani Illam,” a women’s center in Jaffna that gave support to women traumatized by bombing raids and bereavement. In 1997, LTTE sources acknowledged that she had been executed.