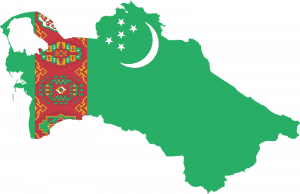 Writer Rakhim Esenov was charged in February 2004 with “inciting social, national, and religious hatred using the mass media,” which he has indicated refers to statements made by characters in his novel Ventsenosny Skitalets (The Crowned Wanderer). Esenov was released on March 9, 2004, after submitting a written guarantee to remain in Turkmenistan for a term of two years, though he was never convicted. In April 2006 he was awarded the PEN/Barbara Goldsmith Freedom to Write Award, and following some controversy over whether or not he would be permitted to leave Turkmenistan to accept the award in the United States, he finally was able to board a plane and fly to New York for the ceremony. On March 11, 2008, all charges against him were dropped and he returned to Turkmenistan after living in exile for the better part of two years.

Born on February 1, 1927, Rakhim Esenov is a veteran of World War II, in addition to being a novelist, historian, and journalist from Turkmenistan. He has published 30 books and has worked as a freelance correspondent for Radio Free Europe/Radio Liberty (RFE/RL) since 1997.

His trilogy Ventsenosny Skitalets (The Crowned Wanderer), which he considers to be his most important work, was researched and written over 27 years in multiple countries including India, Afghanistan, and Iran. The story is set in the 16th century Mogul Empire and centers on Bayram Khan, a poet, philosopher, and army general who is said to have saved Turkmenistan from fragmentation. Publication of the novel was banned in Turkmenistan by President Saparmurad Niyazov, who publicly denounced it as “historically inaccurate” in 1997, apparently for correctly portraying Khan as a Shia rather than a Sunni Muslim.

On February 23, 2004, Esenov was questioned by members of the Turkmen Ministry of National Security (MNB) as he returned to Turkmenistan from receiving medical treatment in Moscow. During his interrogation, Esenov suffered a stroke and was taken to the hospital. Two days later he was interrogated again, and on February 26, Esenov was formally arrested and moved to an MNB prison. He was initially accused of smuggling 800 copies of his banned novel into Turkmenistan from Russia, where it had finally been published in 2003. Esenov denied smuggling the books, and on March 2, the charge was dropped. However, he was then charged with “inciting social, national and religious hatred using the mass media,” an offense which carries a four-year prison sentence under Article 177, parts 1 and 2, of the Turkmen Criminal Code.

Esenov’s arrest sparked international diplomatic outcry. This aided in securing his release on March 10, 2004, though only after he submitted a written guarantee to remain in Turkmenistan’s capital, Ashgabat. Due to the international community’s support, Turkmenistan decided not to put Esenov on trial, but they did not drop the charges against him, and they ordered him to cease his work for RFE/RL. Additionally, they put Esenov’s son-in-law on trial for supposed participation in the book smuggling scheme and sentenced him to five years’ probation. Though he was never convicted, he lived under house arrest and surveillance in Ashgabat for two years, in need of medical attention not available in Turkmenistan.

In March 2006 he was notified that he would receive the PEN/Barbara Goldsmith Freedom to Write Award, and high diplomatic drama with the Turkmen government began over whether or not he would be allowed to travel to the United States to accept the award. Although his two-year travel ban expired that month, officials from the U.S. Embassy and the Organization for Security and Cooperation in Europe had to petition the government for permission. He eventually defied the travel ban to fly to New York, and he was present to accept his award on April 18, 2006 – the first award recipient to do so in person in 20 years. Esenov noted of the Turkmen authorities: “Thanks to you I have become famous and therefore I receive this award. If you don’t allow me to leave and accept the PEN award, then next time it will be the Nobel Prize.” He also spoke at an Open Society Institute event, where he reiterated his belief in freedom of expression, literature, and the arts as the keys to the future of Turkmenistan.

On March 11, 2008, all charges were dropped against Rakhim Esenov, and after having spent the majority of the previous two years in exile, he finally returned home to Turkmenistan.