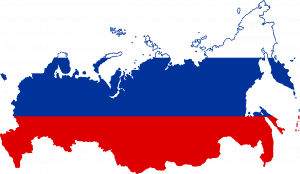 Nizametdin Akhmetov is a poet from Bashokorstan, Russia. He received the PEN/Barbara Goldsmith Freedom to Write Award in 1987 and was released shortly thereafter, following 18 years of imprisonment in labor camps, prisons, and psychiatric hospitals. He was first arrested in 1966 on fabricated charges of theft. At the time, he was associated with youth protest movements advocating for the return of the Tatar people from Central Asia to Crimea, from where they had been deported by Stalin in 1944. His sentence was repeatedly extended on charges of anti-Soviet agitation as he continued to criticize the Soviet state through his writings.

Nizametdin Akhmetov was one of the longest serving prisoners of conscience in the Soviet Union. His case first came to worldwide attention after he managed to smuggle a letter out of his Siberian prison camp, through a timber shipment, to what was then West Germany. Another letter smuggled out in 1981 reached a conference on European security being held in Helsinki. In 1983 Akhmetov was transferred from a labor camp to a psychiatric facility, and in 1987 he was released following international pressure.

After his release, he moved to Germany to receive medical treatment, but was re-arrested after returning to the Soviet Union in 1990, whereupon new criminal charges were brought against him. Thanks to pressure from PEN, and especially Russian PEN, the charges were dropped in March 1991, nine months before the dissolution of the Soviet Union. On receiving the PEN/Barbara Goldsmith Freedom to Write Award, Akhmetov wrote “. . . I reckon that I was released by the Soviet authorities and permitted to travel to the West because of the pressure exerted by the international community and not least by efforts of PEN Clubs of various countries . . . I came to Germany to relax in a free country, to rest after 20 years’ long imprisonment, to improve my health, to thank everybody who was taking care of my affairs, and subsequently to return to my motherland to continue with my cause. . . I am extremely grateful to American PEN for its efforts for my liberation, and I’m especially grateful for receiving from you the Freedom to Write award.”