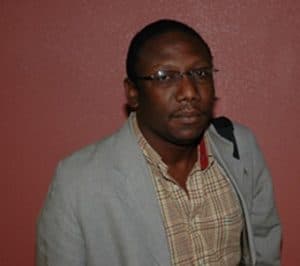 In the wake of the September 1991 military coup that ousted President Aristide, Jean Mario Paul’s home and that of his mother were burnt down. On November 9, 1991, Paul was arrested while covering a demonstration in Grand Gôave and was charged with setting fire to a court house and police station and with possession of firearms. Paul denied the charges and no credible evidence of his guilt was ever produced. Paul was, however, brutally tortured while in police detention and was briefly hospitalized as a result. Two weeks after PEN announced that Paul had received the PEN/Barbara Goldsmith Freedom to Write Award in April 1992, he was released and all charges against him dropped. In August 1992, Paul traveled to New York where PEN hosted a press conference on his behalf at which he accepted his award.

A journalist and radio correspondent, Jean Mario Paul is a native of Petit Gôave, a coastal commune 42 miles southwest of the capital Port-au-Prince. Paul is well-known for his stories broadcast on Radio Antilles exposing local official corruption. He also founded a local youth organization aimed at opposing military authority, and wrote as a political analyst for two newspapers: Petit Gôave Info and May Nan May, a Catholic journal. In addition to the PEN/Barbara Goldsmith Freedom to Write Award, in August 1992 he received the Louis M. Lyons Award for conscience and integrity in journalism, awarded by the Nieman Foundation at Harvard University. He was released from prison on April 29, 1992, after a judge dismissed his case over lack of evidence.