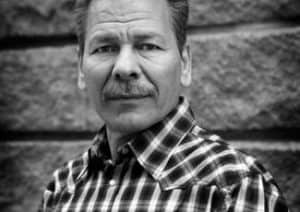 Syrian poet Faraj Ahmad Birqdar spent over 13 years in jail from 1987 to 2000 due to his work on behalf of free expression and non-violent political action. He was arrested on March 31, 1987, on suspicion of being a member of Syria’s unauthorized Party for Communist Action, and was held without charge or trial for over six years. He was finally tried and sentenced to 15 years’ imprisonment in October 1993. In 1998, he received the Hellman/Hammett Free Expression Award, and in 1999 he received the PEN/Barbara Goldsmith Freedom to Write Award. On November 16, 2000, he was released under a presidential amnesty, after which he left the country.

Faraj Ahmad Birqdar (also written Bayrakdar or Bayraqdar) is an accomplished Syrian poet and journalist, author of several collections of poetry including You Are Not Alone (1979) and A New Dance at the Court of the Heart (1981), and former contributor to the Palestinian weekly El Kahida. Born in 1951 in Homs, Syria, he began writing poetry while in high school and later created a literary journal with his friends while studying Arabic at the University of Damascus. He was briefly arrested twice in connection with this journal, whose existence was short-lived.
In the early 1980s Birqdar became active in the Syrian Communist Labor Party, and on March 31, 1987, he was arrested for a third time, this time based on suspicion of membership of the banned Hizb al-‘Amal al-Shuyu’i, the Party for Communist Action (PCA). He was held in pre-trial detention for almost seven years without a charge, during which time he was allegedly held incommunicado, tortured by the army security police, and denied adequate medical care. In 1993 he was finally charged, tried, and ultimately convicted of “belonging to an unauthorized political association.” On October 17, 1993, he was sentenced to 15 years in prison by the Supreme State Security Court.
Faraj Ahmad Birqdar’s 13-year imprisonment took him to three different prisons and multiple interrogations, but he still managed to write a collection of poetry during his time behind bars, A Dove with Wings Outspread, without access to pen or paper. His fear of being abandoned and forgotten were the main theme of this collection, which caught the world’s attention: in 1998 he was one of Human Rights Watch’s Hellman/Hammett Free Expression Award winners, and in 1999 he was named a recipient of the PEN/Barbara Goldsmith Freedom to Write Award. On November 16, 2000, he was released under a presidential amnesty by the new president, Bashar al-Assad, during the “Damascus Spring.” He had served almost 14 years of his 15-year sentence. On November 28, 2000, he released a statement thanking his supporters and announcing his plans for the future: “After having written much for death, I would like now to write for her sister, life.”
Birqdar now lives and writes in Sweden. He is an honorary member of PEN America and of the English, Netherlands, and Slovak PEN Centers.

Excerpts from Mirrors of Absence
Betrayals of Language and Silence

Fighting the global assault on freedom of expression