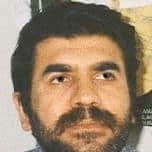 Edip Polat is a Kurdish writer and biologist from southeastern Turkey. He is the author of five books about Kurdish issues, and has been jailed three times for advocating for Kurdish rights. In 1994, at the time he won the PEN/Barbara Goldsmith Freedom to Write Award, he was serving an 18-month sentence on charges of producing “separatist propaganda” in his book We Made Each Dawn a Newroz (Newroz being the Kurdish New Year). That book, a work of nonfiction based on his experiences in a military prison between 1982 and 1985, chronicles the grim treatment meted out to inmates by their jailers. He was released in 1995, but was arrested again in 1998 and sentenced to 10 months in prison for an article published in 1993 criticizing the Turkish penal code.

Edip Polat was born in 1962 in Bismil, a district of south-eastern Turkey. He was first detained by Turkish authorities in 1979, at the age of 17, for participation in a youth organization. He was held in Diyarbakir prison and tortured for 11 days, after which he was acquitted and released. A military coup in 1980 led to a change of government, and Polat was arrested again in 1982, tortured, tried in a military court, and convicted of being a member of an illegal organization. He was sentenced to six years and eight months in prison, but was released in 1985.

He immediately became a student activist at Diyarbakir University, where he organized rallies promoting human rights. At the completion of his studies, Polat assumed a post as a biology teacher at the Gumushane Teacher Training College. Following the publication of two memoirs about his time spent in prison, he was arrested in 1990, held for six weeks, and acquitted. He was arrested again in 1992 and convicted of producing “separatist propaganda” after authorities deemed that the second edition of We Made Each Dawn a Newroz promoted Kurdish separatism.

Polat was sentenced to two years in prison under Article 8/2 of the Anti-Terror Law, and made to pay a fine of 50 million TRL. During this time he published another book, which was primarily scientific in nature, but which Turkish prosecutors argued advocated for the classification of Kurdistan as a separate political entity from Turkey, in defiance of the Turkish state’s opposition to an independent Kurdistan. As a result of this book, Polat faced a separate charge of producing “separatist propaganda.” He was released in January 1995 after serving an 18-month prison sentence.

Polat was arrested again in April 1998 for an article he published in the Özgür Gündem newspaper in 1993. He was given a 10 month sentence and released on remission on August 3, 1998, under regulations that allow conditional release of Penal Code prisoners after serving 40 percent of their sentences.