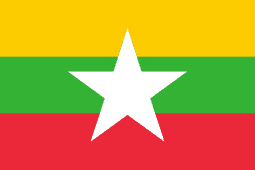 Aung Myint was released in Myanmar on January 3, 2005, along with 50 other people. Other journalists released were Ohn Kyaing, a translator and editor jailed in 1990 and held beyond the expiration of his sentence in September 2004, Zaw Thet Htwe, an editor and sports writer arrested in 2003 and originally sentenced to death, and journalist Thein Tan.

Aung Myint (also known as Phya Pon Ni Loan Oo) is a journalist, poet, and head of the information department of the National League for Democracy (NLD). Aung started his career writing articles and poems for the official newspaper Botahtaung in the 1980s. He wrote for the now-banned magazine Pay-ful-lwa (The Message ) from 1983-1988, and in 1988 he became assistant editor for Cherry magazine until his arrest in 1997. In 1999 he became the head of the NLD’s information department in Rangoon. He reportedly wrote an article entitled “Where are freedom of movement and freedom of expression in the Golden Land?” which was circulated underground among NLD members.

Aung was previously arrested in 1997 and sentenced to two years in prison for his activities with the NLD. He was reportedly fired from Cherry magazine by the authorities and prohibited from working for the magazine on his release. It has also been reported that his name was banned from all Burmese publications.

Aung Myint and his assistant Kyaw Sein Oo were arrested on September 14, 2000, by members of Unit 14 of the Military Intelligence Service for distributing information to international press agencies and to Western diplomats based in Rangoon regarding repression of the NLD. The charges related to a press release he and his assistant issued a few hours after NLD leader Aung San Suu Kyi was arrested by security forces as she was trying to leave Rangoon in September 2000.

Aung was charged with violating the State Protection and Emergency Provision Acts and sentenced by a military court on December 20, 2000, to 21 years’ imprisonment. Kyaw Sein Oo was tried separately under the Printers and Publishers Registration Act and sentenced to seven years in prison. Four other NLD members were tried by the military court and sentenced the same day to heavy prison terms.

Aung Myint received a PEN/Barbara Goldsmith Freedom to Write Award in 2002. He is also an Honorary Member of the Canadian, English, Perth, and Sydney PEN Centers.