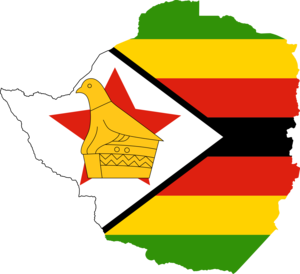 London, 3 February 2016 – The decision by Zimbabwe’s Constitutional Court to rule that criminal defamation laws are invalid and unconstitutional is a positive development that should be replicated across the continent, PEN International said today.

‘PEN International has been campaigning for the decriminalization of defamation around the world for almost a decade,’ said Ann Harrison, Director of PEN International’s Freedom to Write Program.

‘Laws which treat defamation and insult as a criminal rather than a civil offence are incompatible with freedom of expression and severely undermine the democratic rights of the media and citizens to hold their governments to account. They should be repealed without delay wherever they exist.’

According to news reports, the ruling was delivered in relation to an application filed in 2015 by MISA Zimbabwe (The Media Institute of Southern Africa) alongside four journalists, that argued that Section 96 of the Criminal Law (Codification and Reform) Act was unconstitutional as it did not comply with rights to freedom of expression and freedom of media as well as access to Information, protected in Sections 61 and 62 of Zimbabwe’s Constitution.

This move follows a 2014 ruling by the Constitutional Court in relation to the case of Nevanji Madanhire, Editor of the Standard newspaper, and reporter Nqaba Matshazi, that criminal defamation charges violated a constitutional safeguard on freedom of expression and that defamation cases should be brought before civil courts.

Criminal defamation laws often carry severe penalties including imprisonment and are widely used by those in power to silence critics. PEN has issued two resolutions in 2014 and 2015 calling on governments to repeal these laws.

PEN has recently entered a partnership with the United Nations Democracy Fund (UNDEF) who will be supporting PEN’s program of work in Africa over the next two years. The program will strengthen the voice of African writers in civil society to promote freedom of expression and democracy, particularly in regard to advocacy for the repeal of criminal defamation in Africa.