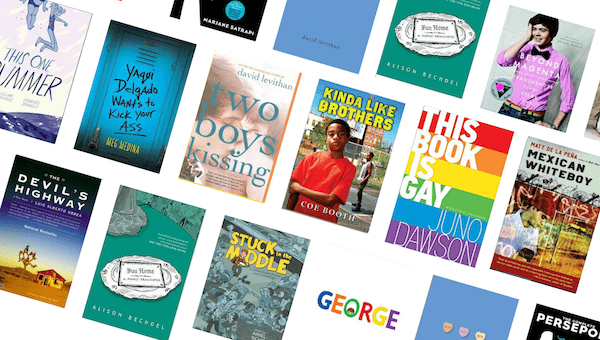 PEN Out Loud provides a platform to amplify diverse voices and convene vital conversations on the ways in which threats to free expression affect readers and writers alike. 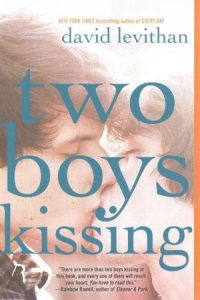 Two Boys Kissing, David Levithan
Written by event panelist David Levithan, Two Boys Kissing is based on the true story of two boys looking to set the world record for continuous kissing. This YA novel was challenged because of the LGBT content and because the cover image was considered by some to be explicit. 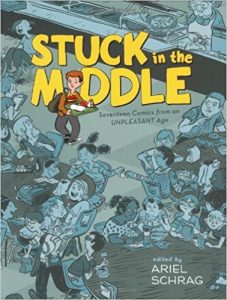 Stuck in the Middle, ed. Ariel Schrag
Most people agree that middle school sucks, so a group of talented comic artists share the pains and triumphs of middle school while showing that it is possible to survive it! Kids at a school in Maine have to get parental permission to check this book out due to the foul language, sexual content, and teen smoking in the comics. 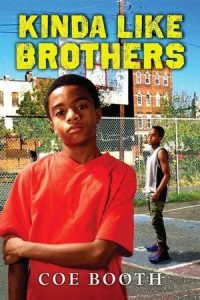 Kinda Like Brothers, Coe Booth
A New Jersey boy learns to deal with his new foster siblings, including a boy around his age that he is — to his dismay — forced to share a room with. The book has been challenged due to the difficult family and racial themes it touches upon, such as when one of the characters is stopped and frisked for no reason. 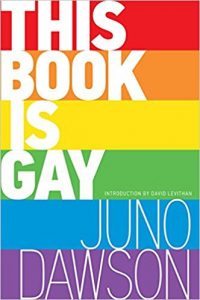 This Book is Gay, Juno Dawson
Entertaining and informative, This Book is Gay is an instruction manual for people of all genders and sexual preferences who still have questions. It was challenged in Alaska after a young boy’s mother was shocked to find “frank drawing and descriptions of gay sex acts inside.” 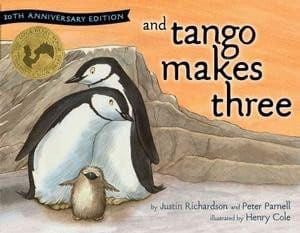 And Tango Makes Three, Justin Richardson and Peter Parnell
At the Central Park Zoo, two loving male penguins want a family together, just like all the others. This children’s book was challenged because it was accused of being anti-family and promoting the “homosexual agenda.” 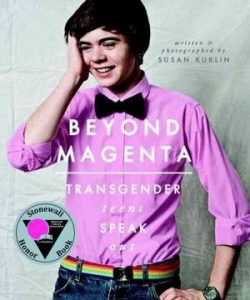 Beyond Magenta: Transgender Teens Speak Out, Susan Kuklin
This honest look at life for transgender teens is both eye-opening and educational. However, it was deemed offensive for its language, homosexuality, open discussion of sexual education, and political viewpoint. 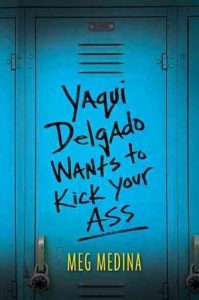 Yaqui Delgado Wants to Kick Your Ass, Meg Medina
The teenage Latina protagonist moves away from the neighborhood she grew up in only to be forced to attend a new school where she is targeted by the school bully. The author, Meg Medina, was uninvited to speak on bullying at a middle school because her novel has “ass” in the title, and one school official claimed that the book was better suited for “inner city” students. 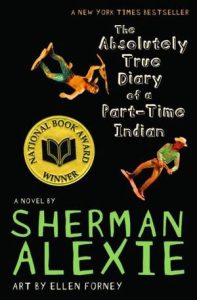 Absolutely True Diary of a Part-Time Indian, Sherman Alexie
This funny and thought-provoking novel is about a young cartoonist who lives on an Indian Reservation and has to attend an all-white school. It has been criticized and challenged due to accusations that it is culturally insensitive and anti-family. In addition, its language, sexual nature, violence, and drug and alcohol content are offensive to some. 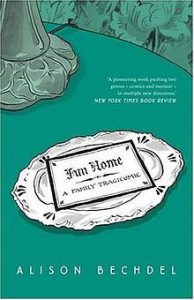 Fun Home, Alison Bechdel
In this autobiographic graphic novel, lesbian illustrator Alison Bechdel explores how she came to accept her sexuality at the same time that her father’s closeted life is making him come undone. It has been challenged in some schools due to its homosexual content as well as violent and “graphic” images. 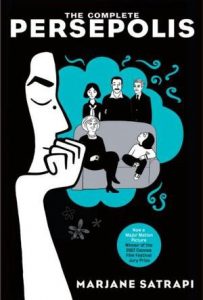 Persepolis, Marjane Satrapi
The author depicts her childhood growing up in the capital city of Iran during the Islamic Revolution. It has been challenged due to the fact that some view it as politically, racially, and socially offensive as well as having offensive language and graphic content. 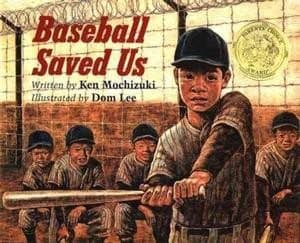 Baseball Saved Us, Ken Mochizuki
After young Shorty, his family, and many other Japanese Americans are forcibly removed from their homes and sent to an internment camp after the attack on Pearl Harbor, he and his father decide to form a baseball league to give everyone something to look forward to during this grim time. Some attempted to ban it from schools because of the adult content and use of a racial slur against the protagonist. 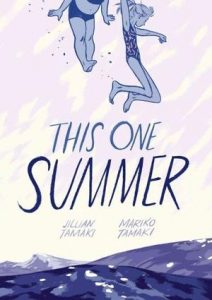 This One Summer, Mariko Tamaki and Jillian Tamaki
An award-winning teenage graphic novel, This One Summer centers around Rose and her friend Windy, who experience a strange summer where Rose’s parents continuously fight and the two seek out a distraction. It has been challenged because of LGBT characters, profanity, sexual nature, and drug references. 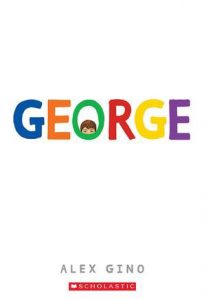 George, Alex Gino
George is a girl born in a boy’s body, and she faces misunderstanding and prejudice because of it, but she ultimately finds allies and is able to be her true self. This elementary-level book has been challenged due to the protagonist being a transgender child, which some felt was inappropriate for kids to read about. 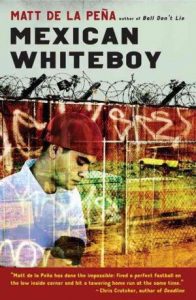 Mexican Whiteboy, Matt de la Peña
Danny is an interracial baseball player who faces discrimination at school in San Diego because of his brown skin. This incredible story of family and identity was actually banned from schools in Tucson due to a state law that targeted Mexican-American classes that contain critical race theory, and some claiming that the book promoted racial resentment by portraying an “anti-white” message. 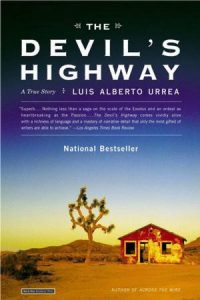 The Devil’s Highway, Luis Alberto Urrea
Considered a modern American classic, this nonfiction account depicts a group of men who attempt to cross the Mexican border through a deadly region known as the “Devil’s Highway.” Half of the 26 men perish along their harrowing journey. As a part of the banning of Mexican-American studies in Tuscon, this book was prohibited from schools because it allegedly promotes resentment toward a race of people and advocates ethnic solidarity. 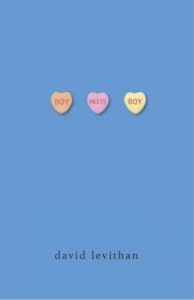 Boy Meets Boy, David Levithan
A high schooler attends an LGBT-friendly school and has very accepting parents, but he finds his life complicates when he begins falling in love with another boy. Though completely G-rated in terms of content, this book has been challenged because of LGBT themes.