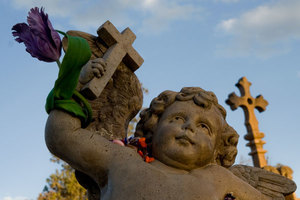 This piece originally appeared in The Dissident Blog by Swedish PEN under the title “Testimony 2: I Prayed to God and Left Myself in His Hands.” Translated from the Spanish from Stuart Shield. Click here for the original Spanish.

My name is Héctor Gordoa. I am a Mexican journalist. Although I have faced risky situations of various kinds in my 25 years in the profession, I had never gone through an experience like this, an ordeal which has forced me to rethink both my professional and family life.

On July 26, 2010, while engaged in an investigation of the Gómez Palacio prison in Durango, Mexico, I was abducted by a group of drug traffickers belonging to the Pacific Cartel, headed by Joaquín “El Chapo” Guzmán.

The investigation I was conducting focused on an assessment of the Comarca Lagunera, the region adjoining Coahuila and Durango, where a bloody turf war is being waged between the Pacific Cartel, which controls Durango, and Los Zetas, which rules in Coahuila, for control of drug, migrant and arms trafficking operations.

The river Nazas marks the boundary between the municipalities of Torreón in Coahuila from those of Gómez Palacio and Ciudad Lerdo in Durango.

The publication of a video on the Internet was an important piece of the investigation into the murder of 17 people in the country villa, the Italia Inn, in Torreón, Coahuila. In the clip, Rodolfo Nájera, a municipal policeman from Lerdo, confesses—having previously been tortured by his Zeta interrogators—that members of the Pacific Cartel, who were inmates of the prison, were allowed out at night so they could attack their rivals in Torreón. They then returned to the safe refuge of the Centro de Readaptación Social (Centre for Social Readaptation). At the end of the video, the policeman is executed.

This act prompted its rivals, the Pacific Cartel, to do the same. However, on this occasion, we—representatives of the media—were the targets.

The kidnapping took place just a few streets away from the Gómez Palacio prison. We were intercepted by three units of heavily armed men. They pointed high-powered rifles at us and got into the car. After slapping me several times, they forced me to drive and told me to follow one of their cars. We proceeded to a dirt road off the highway to Lerdo, Durango. A military convoy was parked there. I almost decided to collide with them deliberately, but on reflection I suspected we were meant to take that route, and so drove on.

We pulled up in a clearing by an irrigation canal. They ordered us out of the car and told us to get in the trunk. The outdoor temperature then was about 38 degrees Celsius; inside the trunk I and my colleague, the cameraman Alejandro Hernández, were close to suffocation. Some 40 minutes later, they pulled us out and marched us to the foot of a tree. They had also kidnapped Javier Canales, a cameraman from Multimedios Laguna.

We heard our death sentence: “They’re f***ing dead!” and the sound of guns being cocked. One of the hit-men ordered me to put the T-shirt I was wearing on my head and cover my eyes with it. He then put the gun to my temple. I said the Lord’s Prayer and commended my soul to God. I heard nothing except the sound of a gun being cocked and a mocking laugh.

Just then, someone asked who Héctor Gordoa of Televisa México was. I realised that they wanted something from me, and I asked to speak to the leader of the group so I could find out what they needed and how I might be able to negotiate our release. It was incredible: the only people who knew I was in area were the Secretary of Public Security for the state of Durango and the mayor of Gomez Palacio. I had been sold out.

From there, the three of us were moved to a safe house. When we arrived, they led us into an unfinished room at the back of the building. It also housed six other captives. In the middle of the area was a bucket which we used as a toilet and which remained there, un-emptied, during the entire time of my captivity. We were tormented by the stench, the heat and ant and spider stings. Under the constant threats and beatings, we lost all sense of time.

Three of the other captives were agents of the Agencia Federal de Investigación who were trying to establish the veracity of the video I mentioned earlier: Javier Ortega, Antonio Corona and Gerardo Arroyo. They had previously shot a video—featuring a municipal police officer and two taxi drivers—pointing to complicity on the part of federal agents in Los Zeta’s operations.

The police officer, Ramón Gerardo Adame Acosta, was filmed in another video, also posted on the social networks, in which he was asked to identify links between state authorities and the municipalities of Coahuila on the one hand and Los Zetas on the other.

The leader of the group, whom they addressed as ‘Adán’, had spoken to me on numerous occasions. He described how the Pacific Cartel was organised, explained why hostilities between the drug cartels had intensified, and confirmed that some authorities at federal, state and municipal level had become allied to them.

The conditions of our release was that the media groups Televisa and Milenio would broadcast these videos. I accordingly requested to be appointed interlocutor as this would give me scope to communicate with Denise Maerker, leading presenter and director of Televisa’s Punto de Partida, a weekly political analysis and discussion program of which I was head of information, and to extend the ongoing dialogue with my captors.

Milenio agreed to these conditions but Televisa did not. We had to find a way to convince them that the decision wasn’t ours; we were merely employees of a news media company. On the second day, the negotiations came to an end. The die was cast; now everything depended on us. We had to dialogue: they insisted that there should be an investigation into what was really happening in the Comarca Lagunera area, to which I replied that this was precisely why I had come there.

This would be the initial key to my freedom. On the morning of that Monday, I had interviewed the mayor of Gomez Palacio, several municipal police officers and relatives of guards and inmates of El Cereso prison. This would allow me to put a report together and include it in the program. This was accepted, but my companions, Alejandro and Javier, were to be kept as hostages. If I didn’t keep my part of the bargain, they would be killed.

They let me go on a Thursday afternoon. They dropped me in the industrial area of the municipality. I got out of the car, still blindfolded, and they placed the camera and the material for my report at my feet. I took off my blindfold, hailed a taxi and went straight to Televisa Laguna. My aim was to write and publish my report—which I did.

As we pulled up, I saw that the TV station was ringed by a guard of federal police, who failed to notice my arrival. Inside the building, they greeted me and notified the directors that I had been released. I asked for a computer and sat down to write. My one aim was to save my companions.

Before I returned to the capital, the Chief of the Regional Division of the Federal Police stopped by at the Televisa studios and asked me how I had managed to be set free and where the safe house was located. This annoyed me and clearly revealed the ineffectiveness of the authorities in operations like these.

Back in Mexico City, I waited for my report to be broadcast. However, the company had decided: there would be no program. At first, I couldn’t understand; the lives of my companions depended on that broadcast being made. However, Denise Maerker insisted that I see it from her perspective. Though I couldn’t accept it at the time, I now realise that it was the best decision she could have made. Not allowing a media outlet to yield to pressure of this kind ensured that such vicious schemes would not be repeated.

Two days later, my companions were released by the criminals. The alleged ‘rescue operation’ announced by the authorities is a fiction. They were freed because we persistently emphasised throughout our captivity that killing us would give them a bad image in the eyes of society, and that they would be compared to their rivals Los Zetas. This was what really led to our release.

Alejandro Hernández, my cameraman, fled Mexico and applied for political asylum in another country. Javier Canales is lying low somewhere in Mexico. I continue in my profession, driven by my passion to inform people about the reality of Mexico today.

Unfortunately, I belong to that long list of professional colleagues who lead a life beset by uncertainty and insecurity because, like me, their freedom to inform has been imperiled and they have placed their physical safety and that of their families at risk.

Threats, extortions, abductions and even murder have become commonplace. When combined with lack of security and impunity, they render the exercise of journalism untenable in my country.

Though not a country at war, Mexico is currently one of the most dangerous places in the world for journalists. It is caught up in the midst of a bloody conflict between the drug cartels and the Mexican government, a war that has claimed the lives of some 70,000 people.

We communicators honour our commitment to society though our safety can never be guaranteed. In the last ten years, 84 media workers have been assassinated and 40 have disappeared without trace.

I thank God I am still alive. Unlike many colleagues in other media, I was supported in my work by my employer. However, we receive no benefits or compensation, nor are we are covered by medical or life insurance. Although I have now moved to another company, the conditions are the same.

The outlook for me is unclear; I ask myself what is the best option for someone who wishes to continue pursuing the exciting work of communicating to the general public. For me the answer lies in the day-to-day exercise of my chosen occupation. My commitment to it grows ever stronger as I see reporters equally committed to the profession and to society in areas fraught with danger.

Journalism is an exciting occupation, and a profession that carries considerable social responsibility. We serve the public with information and this is why we persevere, day after day, with our commitment.