Where You Go to Jail for Calling Someone a Rat 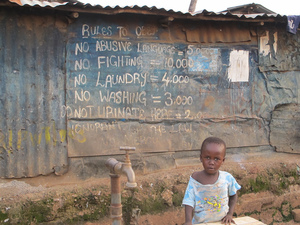 We’re closely watching the recent news in Sierra Leone that the government is prosecuting two journalists for allegedly comparing President Ernest Bai Koroma to a rat. Jonathan Leigh, managing editor of the opposition daily Independent Observer, and its editor, Bai-Bai Sesay, have been detained since their arrest last week, and were denied bail at the court hearing on Wednesday. According to Reuters, the journalists have been charged with 26 counts of seditious libel, a form of criminal defamation that PEN staunchly opposes. From Venezuela to Mexico to Liberia, PEN campaigns against laws that levy excessive fines and penalties on journalists and writers for their lawful freedom of expression, which is protected by Article 19 of the International Covenant on Civil and Political rights, one of the two major treaties that form the so-called “Bill of Rights” for human rights to which Sierra Leone has acceded. Insult laws are often used as mere pretexts to stifle criticism of public officials and corruption. The two journalists may face three years in prison, even though large fines are enough to silence newspapers and websites that operate on small budgets.

Sierra Leone PEN is one of the most active and dynamic PEN clubs in West Africa and currently operates a literature education program for youth.

Here is an excerpt from the article:

Journalists in the West African country said they would boycott government press conferences in protest and the head of their association, Kelvin Lewis, told Reuters it was the worst attack on the media since the country’s 1991-2002 civil war.

Reporters said police had raided the offices of several media organizations since the publication of the article which alleged friction between Koroma and his vice-president and said the president was behaving like a rat.

The West African country has enjoyed extensive press freedom during Koroma’s presidency and it was this year promoted to ‘free’ from ‘partly free’ by press watchdog Freedom House.

Koroma has twice warned in recent weeks that “the honeymoon for reckless journalism” would soon be over.

You can read the full text here.