Where Assassins are Emboldened and Thoughts are Imprisoned 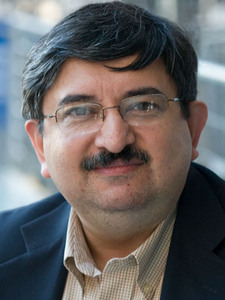 Since this essay was first published in February after the murder of Avijit Roy, three other bloggers and one publisher have been killed in Bangladesh and at least three others have been attacked. This escalating string of violence has elicited little response from the government of Bangladesh. On Tuesday, December 1, PEN America Director of Free Expression Programs Karin Deutsch Karlekar will testify in a hearing on the shrinking space for free expression in Bangladesh at the Lantos Human Rights Commission of the United States Congress alongside Roy’s widow, Rafida Bonya Ahmed.

The ghastly murder of Avijit Roy on a road in Dhaka reveals just how dangerous it has become for writers to express themselves freely in Bangladesh. Unknown assailants viciously attacked Roy and his wife Rafida Ahmed Bonna with cleavers or machetes last night. Both were critically injured and taken to a hospital. Roy died soon after; Rafida is fighting for her life.

Roy was a feisty U.S.-based blogger of Bangladeshi origin, who was an avowed atheist. His blog is called Mukto Mona, or Free Mind, and there he wrote spirited essays criticizing religious fundamentalism. The website today carries the message: “Aamra shokahoto, kintu aamra oparajito” (We are mourning but we shall remain unvanquished).

As Roy lived in the United States, he was far from the reach of fundamentalists in his home country, but many had noticed what a post from the International Humanist and Ethical Union (IHEU) shows: that an Islamic activist had said last year, “Avijit Roy lives in America and so, it is not possible to kill him right now. He will be murdered when he comes back.” Roy was aware of the threats.

Roy comes from a family devoted to social commitment and activism. His father Ajay Roy is a professor at Dhaka University who has championed religious minority rights. Avijit Roy was visiting Bangladesh to promote his latest books, Shunno theke Moha Bishwo (From Vacuum to Universe) and Bishwasher Virus (The Virus of Faith) at the highly popular Omar Ekushey Boi Mela (Immortal 21st Book Fair), which is held each year around February 21. (That date has a special meaning in Bangladesh, for it was on that day in 1952 that police opened fire on students in Dhaka who were demanding equal status for the Bengali language. Bangladesh was then known as East Pakistan and was part of Pakistan; the federal government had made Urdu the national language and refused to concede demands from East Pakistan that Bengali be granted equal status. Nearly two decades later, East Bengal seceded from Pakistan after a nine-month war, and became the new nation, Bangladesh.)

Witnesses told reporters that the attack took place in front of a police barricade that was put up to control traffic because of the popular book fair that attracts thousands of visitors.

Roy’s writing enraged fundamentalists because he was unsparing in his criticism of blind faith and an outspoken advocate of secular, atheist thoughts. He faced threats—he shared some of those with IHEU—that show the absolutist intolerance of his detractors. Some of these threats were made through posts on social media sites like Facebook, and an online bookstore that stocked Roy’s books was also threatened. The bookstore stopped stocking Roy’s books.

Roy is not the first writer to be attacked thus. Exactly eleven years ago, on February 27, 2004, Humayun Azad, a professor of Bangla at Dhaka University, was hacked in a manner similar to the attack on Roy. He was also returning from the book fair. Azad survived that attack, but died in mysterious circumstances later that year in Germany, where he had gone on an academic visit. His family demanded a probe in 2009.

In February 2013, Rajib Hyder, a blogger who supported the ‘Gonojagoron Moncho’ (People’s Awakening Platform) was killed near Shahbagh, where thousands of Bangladeshis had congregated to demand the death penalty for several of the accused facing war crimes charges at the International Crimes Tribunal. Like Hyder, Roy campaigned for the death penalty for the accused. Most of the accused belong to the Jamaat-i-Islami party, which opposed the creation of Bangladesh, and has been an ally of the opposition Bangladesh Nationalist Party in previous coalition governments. Several of the accused have since been executed. Neither the Jamaat nor the BNP have any representation in the current parliament, as they boycotted the controversial elections that took place in early 2014 and resulted in a parliament with a majority of MPs being elected uncontested.

These attacks are outrageous, and the Bangladesh Government, particularly the present one which claims to be secular, should stand by the writers and protect their right to speak freely. Instead, it has adopted a policy of appeasement of ‘religious sentiment.’ This comes alongside intimidation of the mainstream media that are critical of the government, including the leading national newspapers. The media that has supported free thought and critical thinking is under assault from a government showing increasingly authoritarian tendencies. At the same time, while the state claims to counter fundamentalism, bloggers who have written critically of religion are being prosecuted under the nation’s colonial-era laws that restrict speech that might offend religious ‘sentiment’ or create ‘enmity’ between religious communities. Some of those bloggers no longer feel safe and have moved abroad. And few would now want to return, given what happened to Roy. The loss that the Roy family has suffered is incalculable. And the harm done to Bangladesh—the land that inspired Rabindranath Tagore and Nazrul Islam—is severe; it is becoming a land where assassins feel emboldened and act with impunity while writers are forced to watch what they speak, keeping their thoughts imprisoned in their minds.

Salil Tripathi is the author of The Colonel Who Would Not Repent: The Bangladesh War and its Unquiet Legacy (Aleph Book Company, 2014), and former board member and co-chair of English PEN.