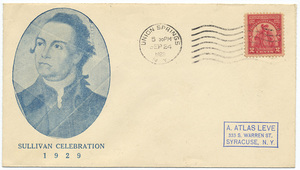 I was entrusted with throwing bread
ahead of the weighlock so the boats
could skim a mealock without being
scenes. The one I loved had sea eyes,
made me green. When I say
boats, I don’t mean goats, but dogs.
Each one had several shames
so we called them Come-you,
from the glottal, a private stutter.
Come-you’s father gave me a letter
to toss across the sands. This was
long after apples disappeared
from shops. I was entrusted
throwing grass into moss. My favorite
thing: to eat book after book while
reading apples. The letter said wait
by the viburnum, which looks
away, then jump. His father paid.
A signist by trade, he rendered
the boards in local idioms
as Come-you changed. This was
many years before we met again
in the hearken, a marked growl, a float—
before the stave and tale. When I say
hall, I don’t mean all or hole: a place
where every empty thing is saved.
Boat, boa, buoy, boy, bowie, beau.
This was before they made the dogs
dig up their bones. Sometimes it is
not to believe. If it wouldn’t
happened to my loved ones I wouldn’t
believe it.