What is The Muslim Protagonist?

Admission is open to the public. Reserve your seat now!

This weekend, The M Word is partnering with The Muslim Protagonist, a student group at Columbia University, for “Centering the Margin,” a two-day symposium on the ways language alters our perceptions of reality and our understanding of the world.

To learn more about The Muslim Protagonist, we asked the group’s co-chairs, Sania Khalid and Fatima Koli, to answer a few questions. 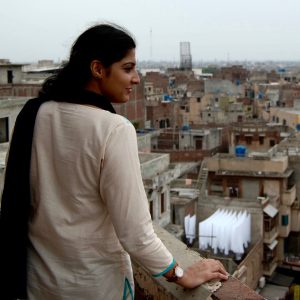 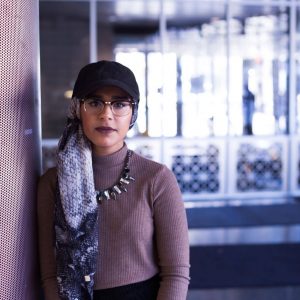 PEN: What is The Muslim Protagonist?

Sania Khalid: The Muslim Protagonist is an annual literary symposium that provides a platform for minority and Muslim voices to explore how art can be used as a tool for social justice and as a means of change. It’s really the first major conference of its scale for the growing Muslim literary-social justice movement. We want to create a space where artists/writers/thinkers can engage with each other, college students, and the larger Muslim community in conversations around the potentials of art and literature. And this year’s theme, Centering the Margin, is aimed at elevating and amplifying voices that are often lost and marginalized within the arts.

PEN: How did Protag’s role on campus change after the Muslim Ban(s)?

Fatima Koli: For us, Muslim Protag has always been relevant and important because it’s not just now that Muslims are being misrepresented. There has been a negative focus on Muslims for a while now, but rarely have we been the ones to speak for ourselves. We have been conveniently used to fit anti-Muslim narratives and portrayed only in relation to terrorism or national security. And then, when it comes to Muslim women, we’re targeted, but at the same time, we’re presented as the victim in order to justify war. So this isn’t new to us. All of these years, it’s been building through everyday images that we see, not just in media, but also the characters we see in literature, tv shows and movies. And it’s coming to a head now with Trump, we’re at a breaking point. The fact that we have an explicit Muslim ban emphasizes that. This only increases the importance of what we’re doing. We feel an urgency to make sure diverse Muslim voices are heard within our community and that we’re allowed to speak for ourselves.

PEN: Why partner with PEN and The M Word?

Sania: Not only do we respect PEN and what they’re doing with the M Word series, but we’re excited about this collaboration because of the opportunity it gives us to expand our platform and invite a wider audience to take part in the important conversations tackled by Protag. It’s also important for us to see Muslims represented in mainstream spaces such as PEN America. The M Word series is very necessary, but what we really need is Muslims to be included throughout PEN’s events and we think this is a beginning to get to that point, where Muslim voices are normalized.

PEN: What do you mean by “Centering the Margin?”

Fatima: As Muslims, one of the most ethnically diverse minority groups in America, we often find ourselves within the margins of society. Protag gives us the opportunity to place our voices at center stage. It is a special space for us because of the concerted effort we put into curating a program that attempts to be representative of the Muslim community in America. That community is generally pretty ethnically segregated and also differentiated on levels of religiosity, but with Protag, we are open to the many different voices within an outside of the Muslim community and in this way, we see ourselves as working towards centering voices very often left in the margins. But we do also want to recognize that there are still so many voices that aren’t present here and we hope that in future years, Protag is able to include them.

PEN: Who are you most excited to hear speak?

Sania: Protag is truly a labor of love for us. We’re really looking forward to all of our panels and workshops this year, they each bring such a unique perspective into the larger conversation and we can’t just pick one. But our first panel is unique in that poetry is often sidelined within the arts. That’s why this is a very special one for us, and it’s even more so because all of the panelists are women, and black women, to be specific. Additionally, all these women represent countries that are targeted by the recent ban, a pivotal topic not only within our community but society at large. Nayyirah Waheed’s evocative poetry encapsulates all of our excitement for the panel, particularly her poignant line, “black women breathe flowers, too.”

Sania Khalid is one of the co-chairs of The Muslim Protagonist. She is a senior at Barnard College, majoring in Psychology with plans of attending medical school post-graduation. She was born in Pakistan but grew up in Westchester, N.Y.

Fatima Koli is a senior at Barnard College, studying computer science and urban development with an (unofficial) minor in performative race studies. Senior advisor of Columbia MSA, co-chair of The Muslim Protagonist, and Registration Chair of MIST, she’s committed to serving the Muslim community and building relations with other POC. She is a spoken word artist who performs in order to speak truth to power, which is what brought her here to Protag.

Admission to the symposium is open to the public. Reserve your seat now!