The following piece is presented as part of Illustrated PEN: 2017 PEN World Voices Festival Edition, a special edition of the Illustrated PEN that highlights participants of next week’s PEN World Voices Festival. Guest Editor MariNaomi introduces Rokudenashiko, an artist and cartoonist based in Tokyo and Dublin. Rokudenashiko will participate in the panel Exposure: Politics, Sex, and Power at the festival on May 2.

MariNaomi writes: You may have already heard of Rokudenashiko (a.k.a., Megumi Igarashi). She’s the Japanese artist who was arrested for “obscenity display” after crowd-funding a 3D model of her private parts to make an adorable neon vulva-inspired canoe. At least, that’s how I first heard of her, and I was surprised and delighted to find out that she’s also a cartoonist who wrote and drew about her experience. The more I read about her case, the more outraged I became. This woman has been shamed and incarcerated for her artwork in the same country that hosts a penis festival (Kanamara Matsuri), wherein giant phalluses are paraded through town each year! The injustice!

Note: This comic reads from right to left. 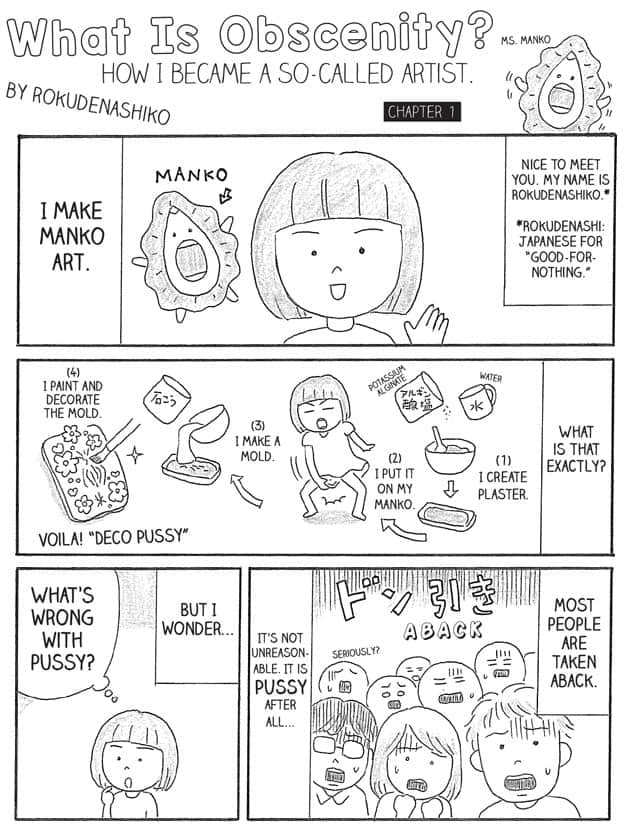 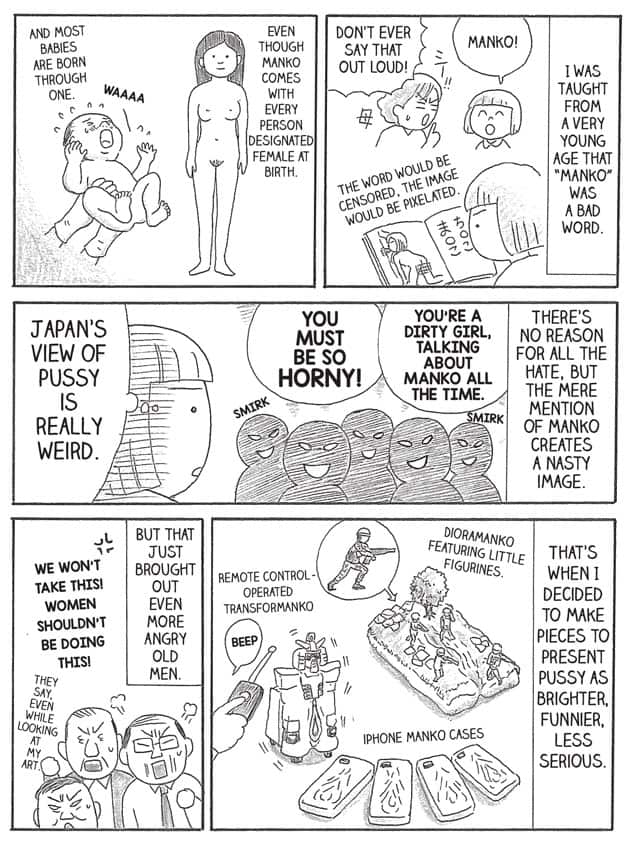 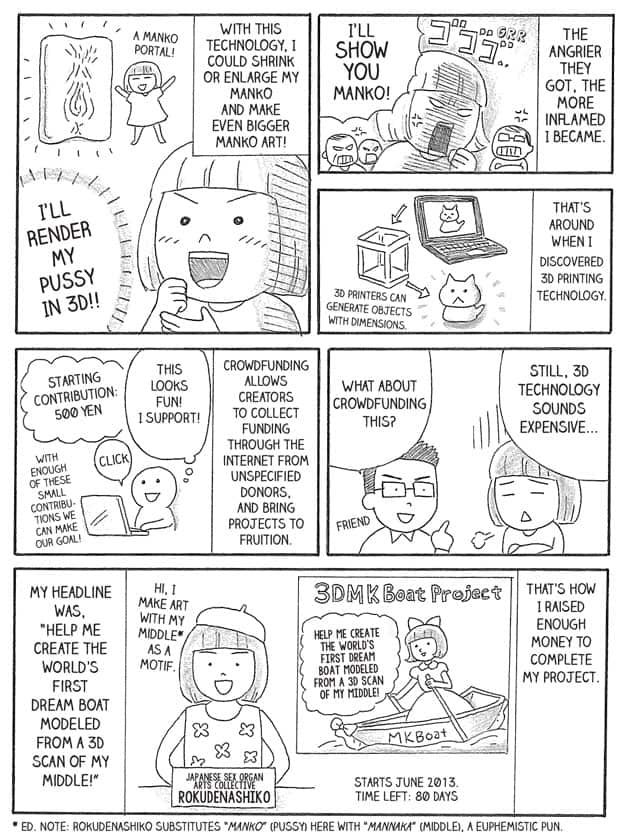 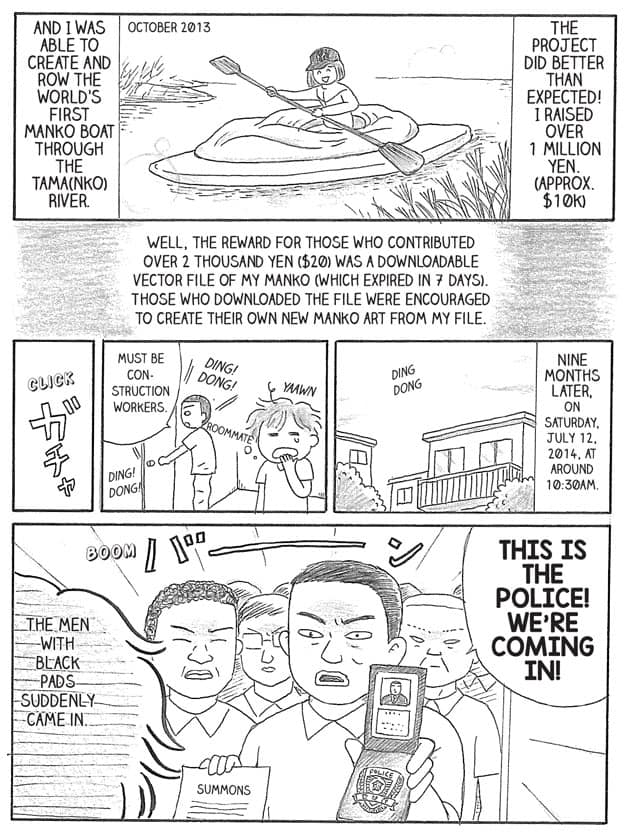 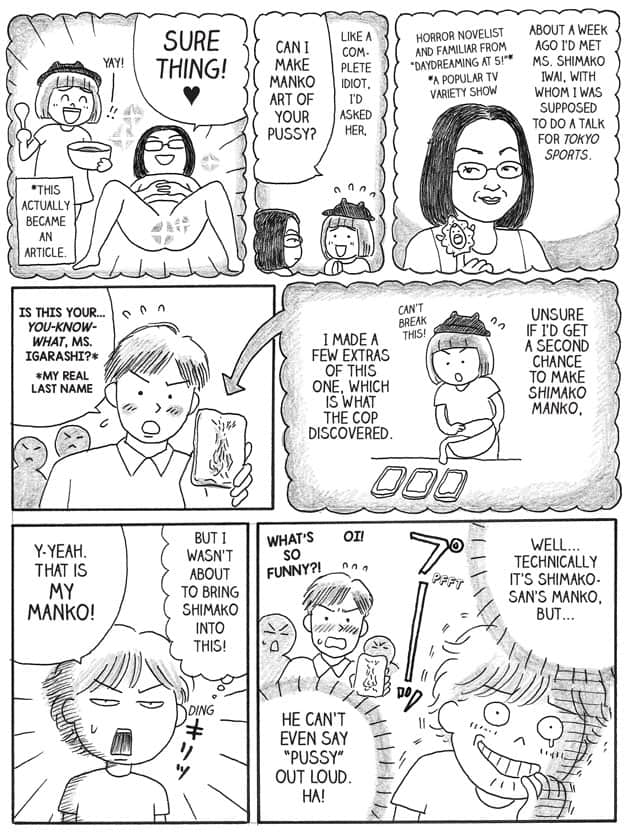 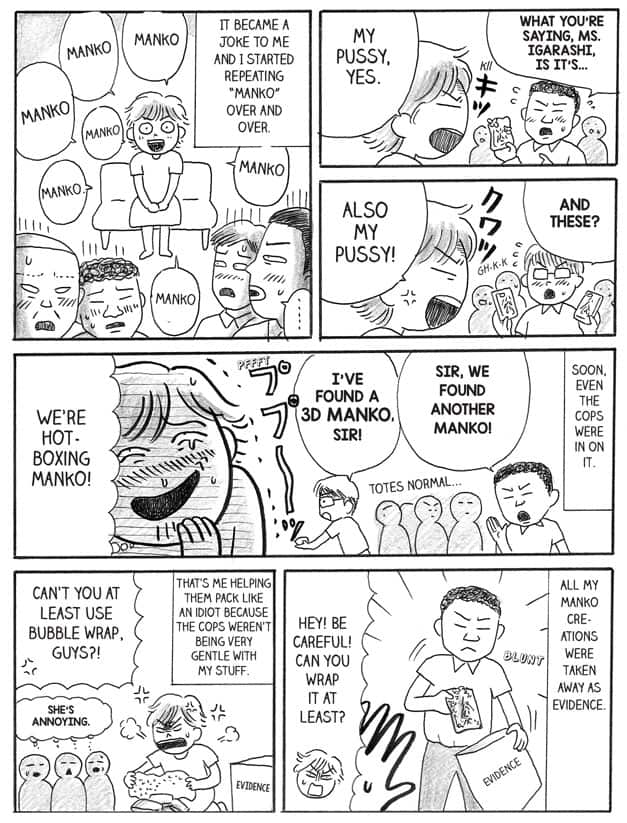 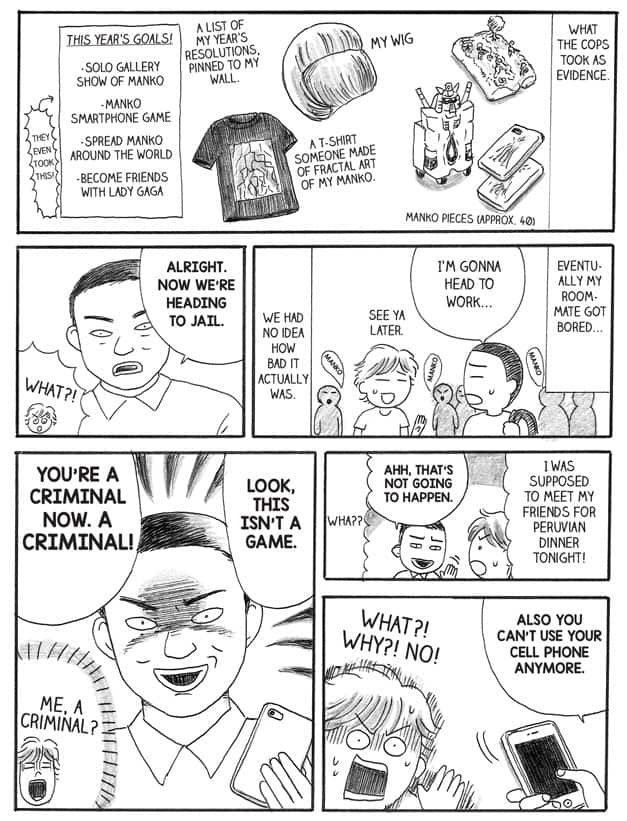 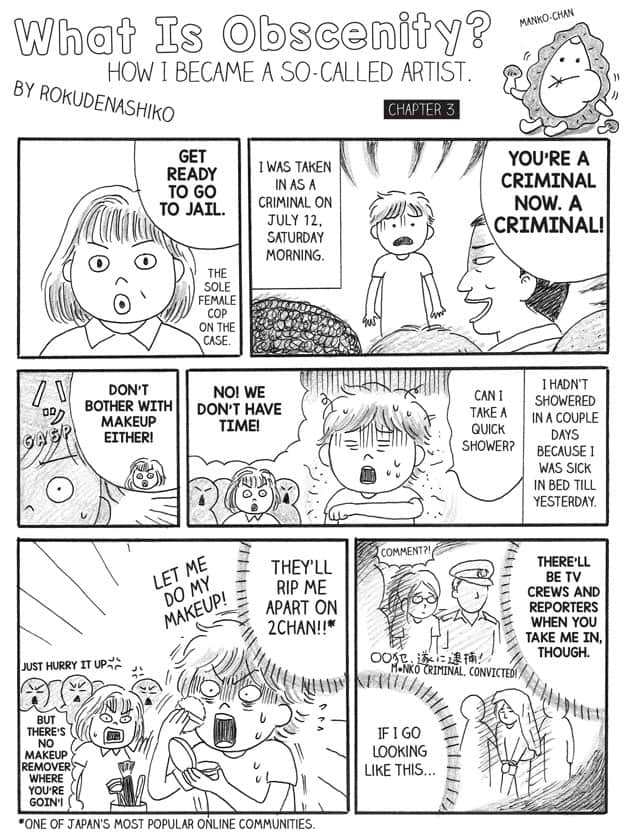 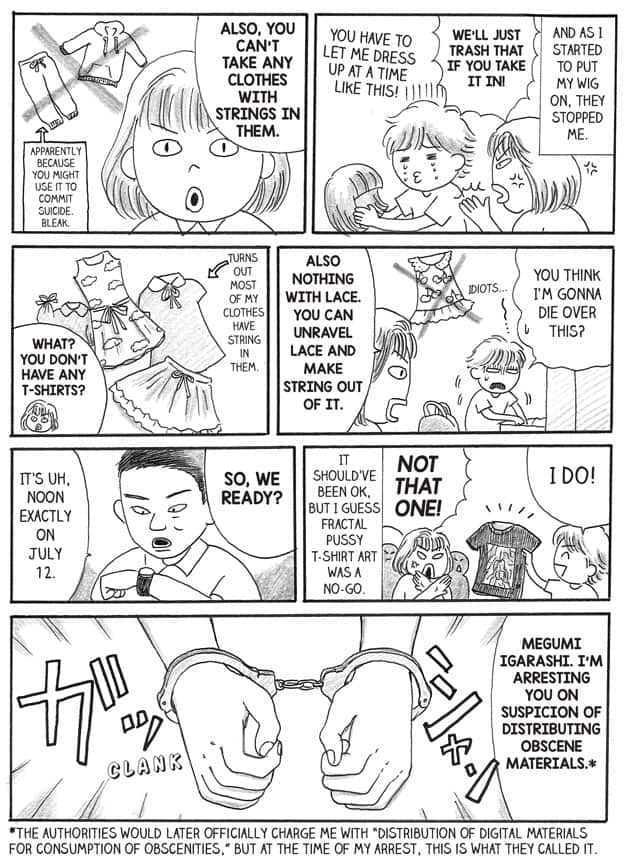 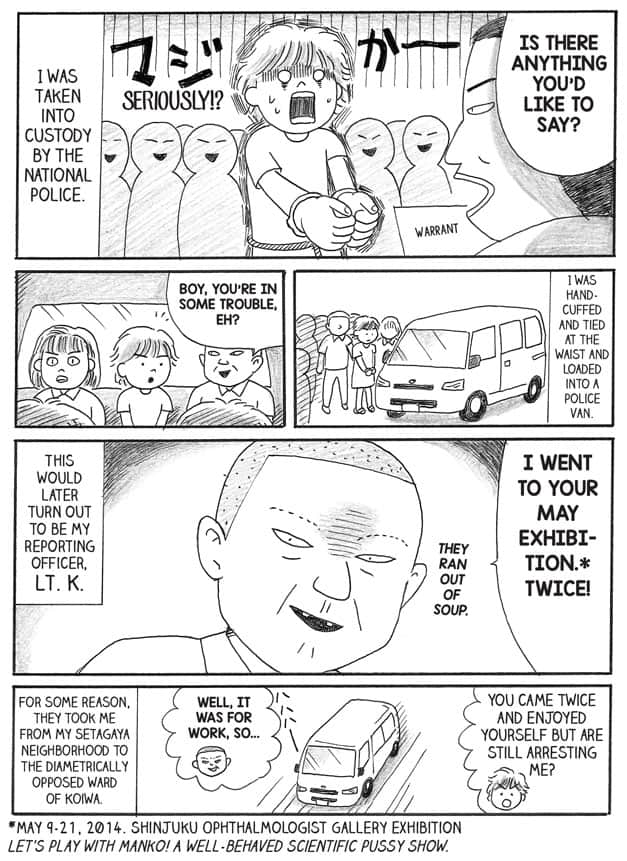 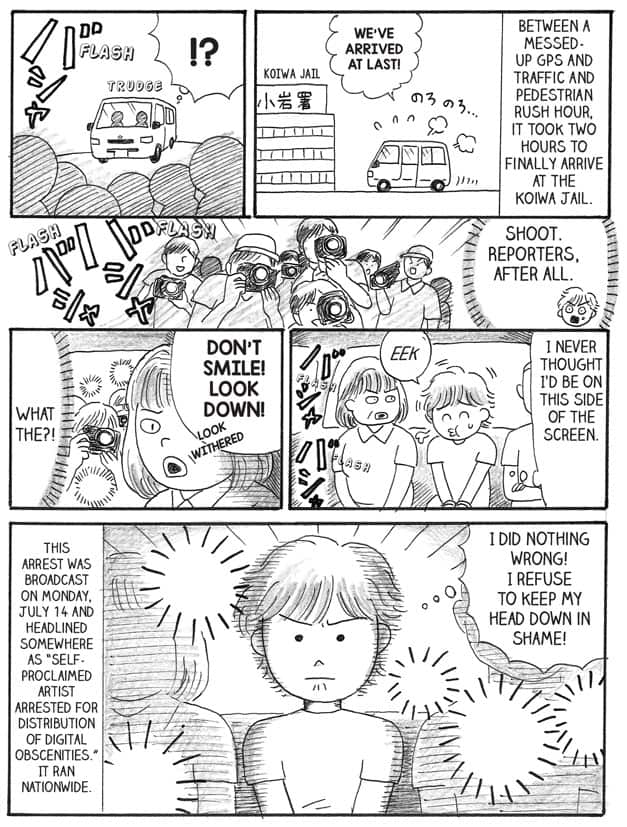 Rokudenashiko is an artist and cartoonist based in Tokyo and Dublin. Her work has been exhibited around the world but became a global sensation in 2015 when the 3D replica of her vulva rendered into the shape of a kayak landed her in jail, which brings us What is Obscenity?: The Story of a Good For Nothing Artist and Her Pussy. She continues to write about female representation, misogynist censorship practices, and prison reform, while persisting in the fight for acquittal from the obscenity conviction.

Join PEN America for an interactive media literacy training on Thursday 9/10 at 6:30PM ET to build a toolkit of skills that will help you identify & combat election disinformation. Register here: https://bit.ly/3jIQbUv

Today is your last chance to get 50% off #PENOutLoud tickets! Check out this fall's lineup of incredible authors who will speak about their newly released books and this moment we’re in culturally and politically. Learn more: https://bit.ly/3189f8k.