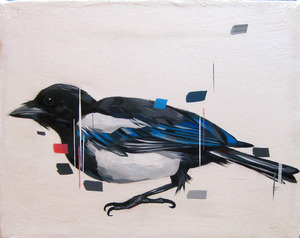 This week in the PEN Poetry Series, guest editor Heather Christle features a new poem by Karl Krolow, translated from the German by Stuart Friebert. About Krolow’s work, Christle writes: “I first came across the poetry of Karl Krolow when Christopher DeWeese brought home the FIELD Translation Series’ On Account Of: Selected Poems from Half-Moon Books in Northampton, Massachusetts. Our friend Nathaniel Otting, holder and distributor of books galore, soon replaced our paperback with a hardcover, signed by the translator, Stuart Friebert. Years later, after tracking down Friebert’s second Krolow collection (What’ll We Do With This Life), and falling in love once again with the poems’ wry sorrow—or what Walter Helmut Fritz called their ‘melancholy objectifed to the point of impersonal disillusionment’ alongside a ‘triumph of the imagination’—I had the great pleasure of beginning a correspondence with Krolow’s stalwart translator. Like Krolow, Friebert is an active literary citizen of the world, a poet in his own right, and the founder of the creative writing program at Oberlin College. He has just published two new books: Floating Heart, a collection of his own poems, and Puppets in the Wind, his latest Krolow translation. I can’t tell you how glad I am these two books exist, that they have reached me in my dazzling, puzzling summer of new motherhood, that they carry their lines lightly, even when they bear oblique witness to dark histories. It’s an honor and a delight to share this new translation with you.”

I live too well. Among nothing but watercolors,
when it’s spring, even placidly
in November. Is all that true?
Spared again and again,
even if no longer operable,
slower and slower in the world speeding up.
High tech—do I write that right?
I look at my finger tips, pierced
by a thousand cuts. My blood sugar’s
my life, ongoing neuropathy:
what’s with that? I walk through streets
and look at the ground. Nothing left and nothing right
pleases me, three magpies
scold me. They know more
than I want them to. I tip suddenly
to the side. My gait’s like that, a little
zigzagging. Looks like
I’m drunk. Hematomas are forming
on the backs of my hands, decorate my age.
Free floating anxiety—as if made
for Freud. But who notices that?
I don’t let anything come
of my fears of uneven numbers
and prettifying a truth,
which flees my disdain.
Mercilessly I’m spared:
others drink the red wine in the cellar.
More and more weightless
my body: the clothes on the pole
are an image of me I agree with.
I’m living too long. That’s okay.
Beyond that I see to it that in a poem
nothing like artificial respiration occurs:
otherwise things could go on like that.

Stuart Friebert is grateful to Suhrkamp Verlag/Berlin for permission to print his translation.