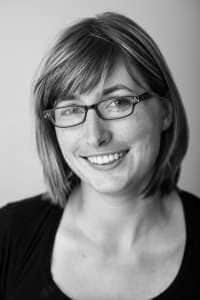 Sarah Mirk is a social justice-focused writer and editor based in Portland, Oregon.  Beginning her career as a reporter for alternative weekly newspapers The Stranger and The Portland Mercury, since 2013 she has been as the online editor of national feminism and pop culture nonprofit Bitch Media. In that role, she edits and publishes critical work from dozens of writers, runs social media pages with a reach of 1.5 million readers, and hosts the engaging feminist podcast Popaganda, whose 10,000 listeners tune into episodes on topics ranging from environmental justice to reproductive rights. She is the author of Sex from Scratch: Making Your Own Relationship Rules (Microcosm, 2014) an open-minded guide to dating that is heading into its second edition. Sarah also writes, draws, and edits nonfiction comics, including the popular series Oregon History Comics, which tells little known and marginalized stories from Oregon’s past. She is a frequent political commentator on Oregon Public Broadcasting and has given lectures on feminism, media, and activism at colleges around the country, including Yale, Skidmore, Grinnell, University of California-San Diego, and University of Wisconsin-Madison. She is an adjunct professor in Portland State University’s MFA program in Art and Social Practice, teaching a graduate seminar on writing and research.