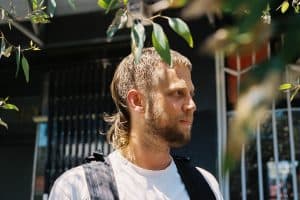 Sam Wallman is a political cartoonist, comics journalist, and editor based in Melbourne, Australia. He has drawn for outlets like the Australian Broadcasting Corporation, The Guardian, and The New York Times, and is currently an Associate Editor of Overland Literary Journal. He recently visited the United States to draw the presidential election campaign for Australian, Italian, and American media outlets. He is currently developing his first book length comic, focussed on the topic of ‘collectivism,’ to be released by Scribe Publications in late 2018. He is an active trade unionist and regularly draws in support of workers and their industrial organizing.