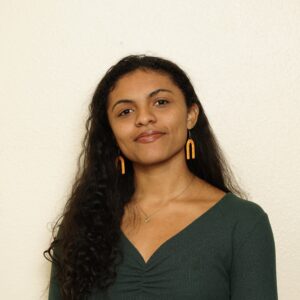 Ryan Howzell (she/her) is the Research Program Coordinator at PEN America. Before coming to PEN, Ryan produced On Shifting Ground, a podcast and radio show from the World Affairs Council of Northern California, that examined foreign policy and democracy movements—particularly in the Global South—through audio storytelling. She has conducted research on racial violence, equity, and labor rights for the City of San Francisco, The National Center for Civil and Human Rights, and Asylum Access, and worked as a news fellow at KALW Public Radio. A strong advocate for emerging creative voices, Ryan has also worked in new play development with Fresh Ink Theatre and planning for the Windham Campbell Prizes. Ryan previously served as an independent consultant with PEN America and is passionate about human-first research that prioritizes precision, impact, and public engagement. She holds a BA in History from Yale University.