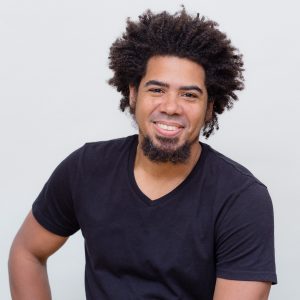 Robert Pollock is PEN America’s Prison Writing Program Manager. For over a decade, he has worked with the justice system and its intersection with the arts. He is an ongoing participant in Rehabilitation Through the Arts, Musicambia, Hudson Link for Higher Education in Prison, and Carnegie Hall’s Musical Connections Advisory Committee. He has collaborated with the Fortune Society, Osborne Association, and several NYC grassroots organizations. He has participated in workshops and panels at Columbia, Harvard, NYU, Yale, and other universities to advocate for the power of the arts in prison education and restorative justice practices. As a visual artist, he illustrated the picture book for children of incarcerated parents, Sing Sing Midnight, which is used in therapeutic settings around the country. As a singer-songwriter, his compositions have been heard at the Obama White House, the RFK Human Rights Foundation, Create Justice forums, the Vera Institute of Justice Gala, the New York Ethical Society, and Carnegie Hall. Robert is a Fall 2019 New York Community Trust Leadership Fellow.