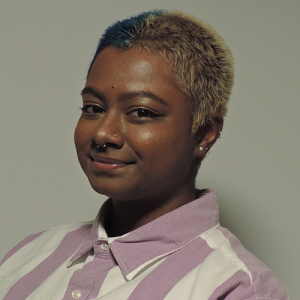 Rhue Ivy is the development and events assistant at PEN America. Born in Guyana and raised in the Bronx, they are passionate about uplifting underrepresented voices. Ivy has previously worked with the New Jewish Home and The Bridge, and held internships with the Federation of Protestant Welfare Agencies (FPWA), Covenant House International, and the New York State Senate. A first-generation college graduate, they earned a BA in creative writing and ethics and public policy from Lehman College. They also served as the president and events coordinator for the college’s literary and arts magazine.

In memoriam: @AP deputy technology editor Anick Jesdanun passed away on April 2 due to complications from the coronavirus. “Just a giant among journalists. A true futurist. Taken too soon,” @VanityFair writer Anthony Breznican wrote on Twitter. https://bit.ly/34Hk0jl